Restaurant and Cocktails under Pint Shop

Previously two separate buildings; a 1970’s building society with an abandoned Chinese restaurant underneath it, Pint Shop knocked the two units together and opened in Oxford in September 2016. 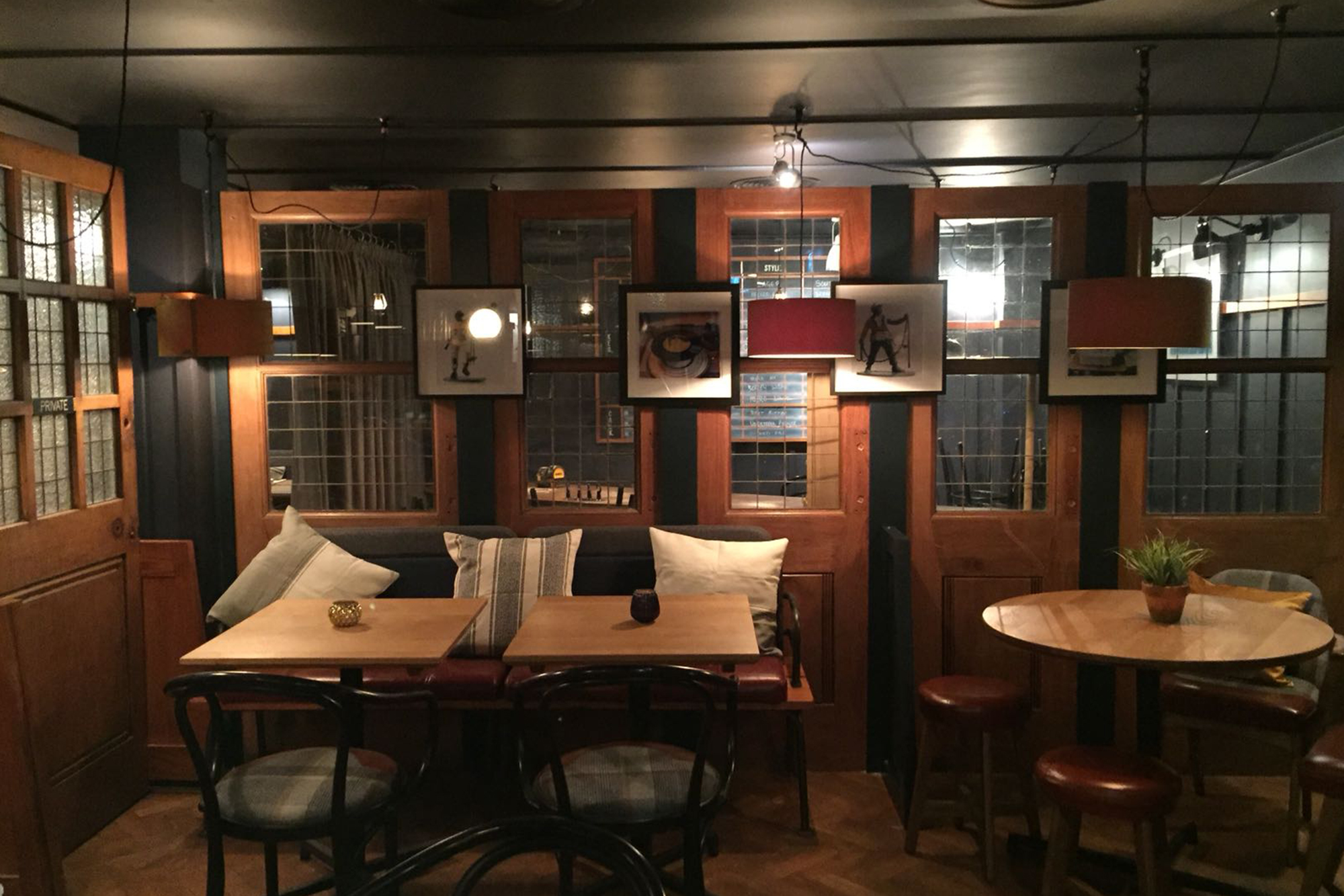 When you go into Under the Shop, the new cocktail bar below its sister venue The Pint Shop, it feels like being let in on a secret. Heading down the stairs, you find yourself in a comfortable, candle-lit space, like kitschy cross between a study and a speakeasy (the insect illustrations and the fake birds dotted around the walls were a particularly nice touch). There are nooks and corners to sit in for a drink with friends, and a dining area for anyone who wants to sample the eclectic food menu. The atmosphere was calm and chilled-out, despite the large number of people who'd come along to this opening night.

I chose a corner table and settled in, ordering an espresso martini and a bowl of rosemary and chilli almonds from the bar snacks menu. The martini was strong and smoky, with a good balance of coffee and chocolate flavours and a definite kick - no skimping on the measures in this cocktail bar. I chose the almonds because I thought their flavour would be powerful enough that the martini wouldn't overwhelm them, which turned out to be the correct assumption - they had a warm, salty, herby tang, followed pleasantly by the heat of the chilli.

As I drank my martini, I looked over the rest of the drinks menu, which has a great variety - there's a whole page devoted to gin and tonic, along with a selection of wines, beers, fizz, and soft drinks. All of the drinks were affordable, although anyone wanting to splash out and go for something special would be able to peruse the lower sections of the champagne list. I fancied something a little lighter after my martini, so I tried a glass of the house Cava, which was pleasantly crisp and dry.

The service at Under the Shop was a little slow, but this seemed to be down to opening night teething troubles - the staff were friendly and welcoming, without being overbearing. Under the Shop would be the ideal place for after-work cocktails and a catch-up with old friends, and I'll definitely be coming back.
Review this venue