Among its many other accolades, Oxford has been the home of over 50 Nobel Prize-winning scientists over the years. The city and its surrounding areas continue to be a hub of technology, innovation and research, meaning that whether you want to join their ranks, or are just curious about any area of STEM (Science, Technology, Engineering and Mathematics), you’re likely to find an expert (or piece of machinery!) that can answer your questions. For British Science Week (BSW) 2020, we’ve gathered together some places in Oxford that you may not have heard of, where you can learn about or participate in a variety of scientific areas. 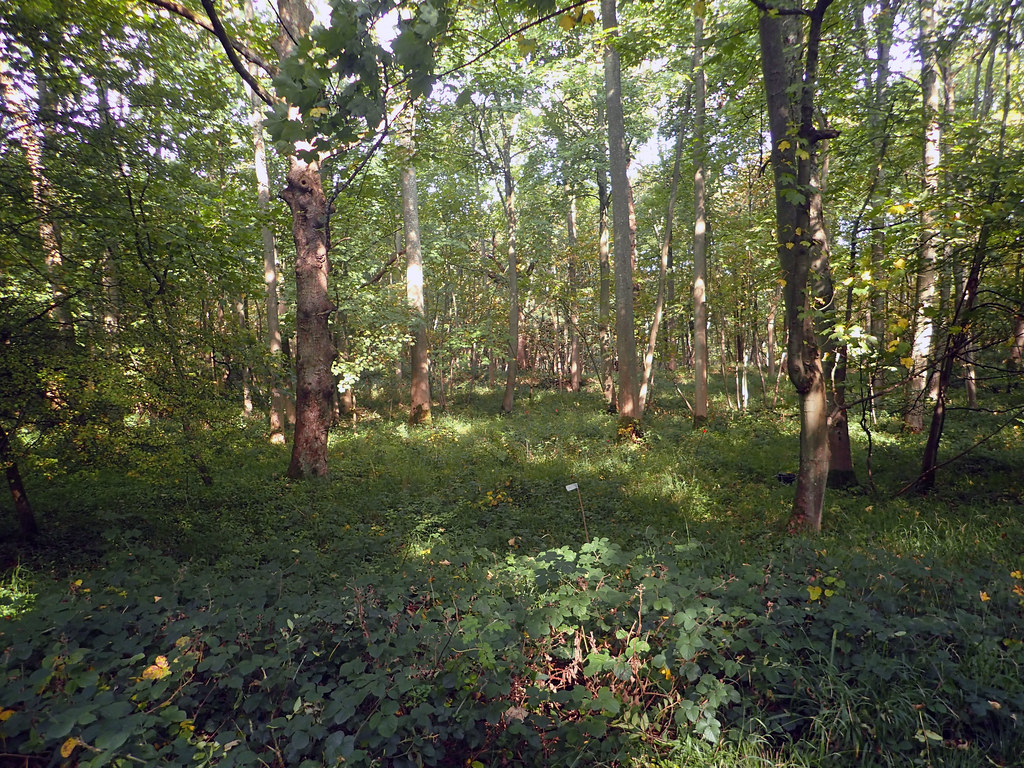 Since the theme of BSW this year is ‘Biodiversity’, where better to start than in Oxfordshire’s many havens for flora and fauna, where budding biologists can meet a wealth of different species? Wytham Woods is a 1000-acre Site of Special Scientific Interest, owing to the many habitats it incorporates being fertile ground for research on wildlife. It’s free to visit (although you do need a permit, so plan ahead) and explore their 32km of paths, so you can pretend you’re in a David Attenborough documentary, carry out some citizen science (see below) or just escape the hustle and bustle of the city.

The adjoining Hill End centre has some great facilities for outdoor learning, with a regular Forest School and a programme of events throughout the year. Similarly, the Sutton Courtenay Environmental Education Centre (SCEEC), run by the Berks, Bucks and Oxon Wildlife Trust, is a popular choice for school trips, with a focus on making the complex issues of climate science more locally relevant, through exploring the effects on wildlife. And to better understand the science of evolution, the collections of fossils and specimens - and, of course, the dinosaur skeletons - in the Oxford University Museum of Natural History will pique your curiosity.

Technology past, present and future

For a sense of the progress our collective scientific knowledge has made over the years, head to the History of Science Museum, where you can learn about the uses and developments of some fascinating scientific instruments. For existing fans of the history of science, Hertford College are currently running a competition encouraging sixth-formers to make videos about the Unsung Heroes of Science, highlighting the work of lesser-known pioneers, to challenge our stereotypical perceptions of scientists.

At the other end of the spectrum, the applications and possibilities of the Diamond Light Source, the UK’s only synchrotron, seem futuristic. Although this facility, located at the Harwell Science Campus, is a working piece of equipment used daily by scientists researching everything from vaccines to jet engines, they do offer tours to inspire and inform the uninitiated.

Less flashy (no pun intended) but really handy to know about: Oxfordshire County Library’s Makerspace has a range of cutting-edge machines that are free to use, like a 3D printer and Raspberry Pi computers - plus a range of free sessions on how to use them, including a code club. Youngsters interested in coding can also check out CoderDojo, whose volunteers provide free help and advice with projects.

Another fabulous resource is the Science Oxford Centre, Oxfordshire’s answer to London’s Science Museum. They can accommodate all kinds of lessons for visiting school groups, while their regular Exploration Zone provides a bright, colourful environment for loads of hands-on experiments, like listening to music through your teeth, making paper aeroplanes the most aerodynamic, and playing with circuits. Check it out on one of their Family Open Days, or, just for grown ups they have special evening talks and workshops that combine socialising with satisfying your curiosity - like the Harry Potter-themed H-OxWarts Express night. Join the quest for knowledge

While there are plenty of opportunities to marvel at what others are achieving, there’s also no shortage of chances to get involved yourself, contributing to research. The Oxford-based global Zooniverse project links people up with citizen science projects, where people who aren’t academic/trained scientists can share their observations of phenomena like changing weather patterns or star activity. More localised, Oxford Plan Bee, in partnership with Wytham Woods, encourages residents of Oxford to send in photos of solitary nesting bees (ones that stay in bee hotels) so that experts can analyze how their populations are changing. The People’s Trust for Endangered Species (PTES) regularly post call-outs for volunteers to observe wildlife too, at specific sites around the Oxfordshire countryside. Looking for badger tracks or sightings of dormice is not only a worthwhile project to aid conservation efforts, but staying still and quiet while focussing on a hedgerow is also marvellously peaceful.

For a somewhat more involved way of contributing to our progress as a species, Oxford’s medical research organisations run clinical trials for vaccines and other treatments. Volunteers usually get reimbursed for their inconvenience and the results could help save lives in the future.

Oxford Brookes and Oxford University both run Babylabs which are always seeking teeny volunteers. They run experiments in development psychology, involving harmless, fun sessions where young kids' play is observed, aimed at answering questions such as: how do babies learn languages so quickly and seemingly effortlessly?

There are also a host of special events that happen every year. Oxford University Physics Department hosts Stargazing in January, where astronomy enthusiasts can learn how to view the night’s sky through specialist telescopes. Spring sees the arrival of the Oxford Brookes Science Bazaar and the ATOM Science Festival in Abingdon (coming up on 14th March), offering hands-on, family-friendly learning experiences. Then in October, the IF Oxford Science and Ideas Festival sees talks, trails, theatre performances, demonstrations and much more, bringing scientific findings to new audiences in venues all over Oxford city centre.