Get our picks of the week's events by email

In this week’s Editor’s Picks we have Bavarian bevvies, mavericks with music, a yearning for learning & a cinematic selection – plus seasonal eatings.

Please note that most events currently require pre-booking, including those that are free to visit. Venues operate their own Covid policies, with some requiring a negative test and/or NHS Covid Pass. October has many traditions and occasions – but one Bavarian folk festival has gone on to become a staple of the British social calendar. Whilst Brits initially saw Oktoberfest as shorthand for ‘a chance to drink even more beer than normal’, it has taken on increasingly foodie vibes in recent years – and Oxford has plenty of options for those looking to celebrate.

This Saturday, the Up In Arms are hosting their own Oktoberfest – with German beers on tap, £5 cocktails, and music from the Heavy Beat Brass Band. Lederhosen and beer steins are very welcome!

For a slightly more relaxed vibe, head to Mount Place (by the canal, in Jericho) on Sunday afternoon. Jericho’s Oktoberfest features (unsurprisingly!) German sausages and Glühwein. There will also be music from Towpath Productions (who specialize in live bands playing from a narrowboat) with The Kirals, Celine Ellis, and Tu-Kay & Ryan all on the bill.

To make a full weekend of it, Charlbury Beer Festival have organised two days of Oktoberfest delights. They’ve devised three different sessions, each with its own musical flavour (blues, folk and ska), and an extensive beer menu (plus additional German wines). Copper Pot Catering will be keeping everyone well fed, with bockwurst, bratwurst and currywurst on the menu (and non-sausage options, including plenty for vegetarians). There’s singing, there’s dancing, and it’s in a theatre. But that doesn’t mean it’s your typical ‘musical theatre’. Technically, Bat Out Of Hell IS a musical – of course, but it takes the music of Meatloaf and Jim Steinman as a starting point and then races through a high-octane romp involving biker gangs, love quests and a lot of brilliantly ludicrous names. It promises to be over the top in the best possible way (think bikes that fire flames, lots of leather, more corsets than Agent Provocateur). Catch it at the New Theatre this week – otherwise, like the Meaty one says, it’ll be gone, gone, gone…

Peppa’s Best Day Ever offers equal levels of silliness and song – but aimed at a very different theatre audience: those little ones who are going through their ‘Peppa Pig phase’. (We promise it is just a phase, and one day they will point dismissively and say ‘that’s for babies’ before subjecting you to so many rounds of ‘Baby Shark do-do-do-do-do-do’ that you may find yourself wistfully recalling long mornings watching Daddy Pig make some kind of mistake…). This brand new Peppa Pig live show features lots of games, songs and laughter, as Peppa and fam set off on an adventurous road trip.

SK Shlomo’s Beatbox Adventure for Kids promises to let kids see the man himself ‘making mad music with his mouth’ – with a stage show unlike any other. Shlomo’s energy and inventiveness are sure to keep kids enthralled, and he’ll show them how to make funny sounds and nice noises all of their own! Proof that all you need to create cool music is a mouth, a microphone – and a maverick master to lead the way! Schools are in full swing, students are back in the city, and many evening courses have already started – so it’s an ideal time to learn something new! You could try burlesque dancing, with classes for beginners on a weekly basis in Oxford and Abingdon, taught by the fabulous Attitude Dance School (also home to Oxford’s finest burlesque troupe, Cream Tease of Oxford).

If you’d rather create works of art than be one (darlings!) then take a look at OVADA’s autumn programme, which includes a six-week portrait painting course, starting this Friday (but you’ll need to be quick – the deadline for booking is Thursday 14th at 2pm). You’ll be working in oils under the guidance of an experienced artist, and you’ll build key skills, including a working knowledge of colour theory, paint mixing and application, and the importance of tonal value when composing a realistic portrait (playfulness and expression in paint are also nurtured!).

Many of us spent lockdowns developing our love of the outdoors and taking up new hobbies which enhanced a feeling of connection with the natural world. If you’ve been getting in touch with your earthy side, you might want to learn more about foraging – on a guided walk with Wilderness Pioneers. Expect a gentle wander along ancient hedgerows, discovering edible and medicinal plants as you go. Alternatively, look to Cogges Manor Farm – they are running a range of classes this autumn, including herbal remedies, hedge laying, felting and dry stone walling. With a certain martini drinking spy lighting up the box office, there are several new releases looking to entice audiences into cinemas. A pair of sequels to surprise hits from 2018 land in cinemas for their numerous fans.

For superhero enthusiasts, there’s Venom: Let There Be Carnage, which looks to amp up the violent odd couple antics, and for horror fanatics we get the twelfth (!) instalment in the original slasher franchise, Halloween Kills.

For families, Ron’s Gone Wrong looks a charming variant on the boy-and-robot film, perfectly timed as half term approaches.

And for those who have missed big screen, star packed epics noticeably absent over the past year and a half, you have a medieval variety in the form of The Last Duel (Matt Damon, Adam Driver, Ben Affleck, Jodie Comer) and one in a sci-fi mould, Dune (Timothée Chalamet, Rebecca Ferguson, Zendaya, Oscar Isaac, and many more)

Venom: Let There Be Carnage - from October 15

The Last Duel - from October 15 If you’re looking for a way to make the most of the autumnal atmosphere, Oxford City Farm invite you to Squash Fest – a celebration of all things autumn, this Saturday (October 16). You can buy fresh, seasonal, local produce and you can take apples for pressing (take bottles!). There are also opportunities to meet the animals, make popcorn over an open fire, and enjoy live music.

Entry is free, but they ask for donations of £2 per person or £5 per family to help raise funds. 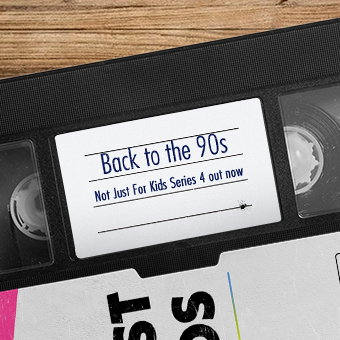