The Philharmonia Orchestra from London's South Bank with conductor Edward Gardner came to the Sheldonian on a warm May evening, Broad St being as bustling as on a weekday afternoon. The main draw was the 29 year old Ukranian violinist, Valeriy Sokolov, currently a pretty hot property on the international circuit, with the Sibelius Violin Concerto.

The all-Sibelius first half programme was launched by the Finlandia, the composer's shortest and most accessible work, a paean to his native land. Straight from the dramatic opening chords, Mr Gardner elected for a pleasingly brisk tempo as the wind section introduces the famous tune, almost a hymn, before the brass has its way, at first reverent, soon triumphant.

Then the Violin Concerto. It was noticeable how Mr Sokolov, a sturdy figure in black, took up a position very close to the conductor, the scroll atop his fiddle at times almost brushing Mr Gardner's score. The soloist has little time to warm up since a Bach-like cadenza crops up before the piece has progressed far at all. I found myself wondering how long a traveller from Planet Zog, conversant only with the symphonies of Sibelius, who landed outside Blackwells and de-materialised himself through the walls of the Sheldonian, would have taken to recognize the master's work. The profusion of melody at the very start would probably have postponed recognition since Sibelius usually prefers to gather together seemingly unrelated threads.

Mr Sokolov, avoiding flashy flourishes, particularly shone in the horribly difficult solo passage in the 2nd movement, marked 'Allegro di molto' (very slow and expressive) and taken precisely thus by the conductor. The soloist's intervention comprises both theme and accompaniment, written as two parts, daunting to tackle. In the final movement Mr Sokolov swayed to the beat of the quasi-gipsy dance, then struck out with jazzy syncopations. No encore, alas, which was a bit of a disappointment.

After the break came the most substantial of the programmed works, Elgar's Symphony No. 2. In its early days it failed to please those concert-goers who had given the composer's 1st Symphony a rapturous reception. The programme notes reminded us that Elgar's disgust with his lukewarm audiences led him to exclaim to a colleague 'What's the matter with them, Billy? They sit there like a lot of stuffed pigs!'

Had I been there in 1911, I guess I would have been numbered among the stuffed pigs since to my ear the work fails to scale the heights of Symphony No. 1. The 'Larghetto' aside, the rest is, dare one say it, a little featureless. No big tune, no great tempo contrasts, the mini-crescendos somehow falling a touch flat. But in the 'Larghetto', Elgar's expression of grief at the death of a close friend finds controlled expression. Controlled, that is, until halfway through the movement, when under Mr Gardner's sensitive handling the music seems racked by paroxysms of anguish as scales, trills and arpeggios swept like a spring Mistral through the string section. 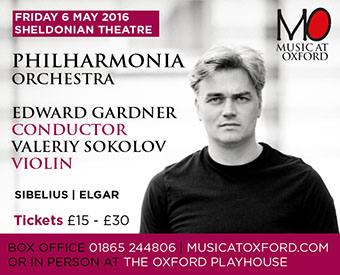