Visit website
Matt Bright May 26, 2016
Hallucinatory rhythms carefully crafted to guide you on a journey through time

You'll go and see this - if you're lucky, it was already sold out on its first night - and you'll tell your friends with great enthusiasm about the uniqueness of the staging. The way the headphones the audience are issued with allow Complicite's Simon McBurney not only to broadcast his one-man show directly into your ears, but create an immersive soundworld that knocks you out of the theatre. The way that a few props, a single backdrop and some lighting tricks transform the stage into a jungle, a river, a London flat. The way the rhythms of the piece are so carefully crafted to guide you through its hallucinatory journey until time seems to have as little meaning for you as it does for its central character.

They'll ask you what it's about, because that's a reasonable thing to ask. And you'll sigh and struggle for a bit and eventually, grudgingly admit that it's 'about' the story of a photographer getting lost in the Amazon jungle in the late 60s, and being adopted by a hidden tribe.

Because, in a very loose sense, it is. It's adapted from Peter Popescu's Amazon Beaming, the tale of Loren Macintyre and his time with the Mayoruna people. Following them into the jungle in an attempt to capture their lives on camera, Macintyre found himself gradually entwined in their rituals and their world-view - and in particular their wholly alien ideas about time and its ability to help them escape the encroaching and very real threats of the modern world.

But in a deeper sense it's not really about that at all. The story is a framework for dealing with much deeper things. The strangeness of time and memory. The way our brains are not the reliable interpreters of the world we imagine them to be. The idea that if consciousness structures our way of being in the world, then to be in the world in a different way is to alter consciousness. The frightening - but ultimately hopeful - possibility is that such alterations are possible, that they might even provide a kind of exit strategy from a contemporary environment grown unbearable in ways we rarely admit to ourselves.

But you can't really say that. You know how it will sound. So you don't. But hopefully your friends will go anyway, and they'll have the same surprise that you - that I - did as this powerful work unfolds.

Space may not be the final or only frontier!

This imaginative and immersive production by Complicite and Simon McBurney introduces us to the fascinating story of Loren McIntyre, an American photo journalist and his encounter in 1969 with the Mayoruna people of the Brazilian rainforest; based on the bestselling novel Amazon Beaming by Petru Popescu.

McIntyre flew deep into the Amazon interior to look for the river's source and for the Mayoruna tribe, an extraordinary war-painted 'cat-people' with spines bristling out of their lips and are rumoured to be the only people who knew the true source of the Amazon.

This single actor piece spins and weaves a colourful and rich arc of immersive and intimate aural experiences through use of audience headphones, while McBurney loops and switches between layers of narrative spanning present, past and intertemporal uses a minimalist staging, microphones, pedals, loops.

Sound effects and our own imagination transport us to and from the here and now of Oxford. We are let into McBurney's London flat and recorded interactions with his young daughter some months ago. He cleverly switches between interview extracts with anthropologic, political and scientific contributors, Marcus du Sautoy, Oxford Simonyi Professor for the Public Understanding of Science on concepts of time and space; Jess Worth, Co-Editor of New Internationalist on the impacts of regional road building and oil exploration, which of course ripped deep into the heart of the hidden Amazon basin.

But the most amazing soundscape is reserved for the jungle itself, the mighty river, the heat, the trails, mosquitoes, even the heat and stultifying effort are conveyed over two mesmerising hours.

McIntyre encounters the Mayoruna, but in following his quest for 'the shot' finds himself lost and then at the mercy of the tribe. He is befriended by the head shaman, who he nicknames Barnacle, but they don't share a common tongue. Nevertheless as their relationship and an understanding develops, McIntyre experiences an unspoken cognitive dialogue with Barnacle, who has his own tribal issues following an unhappy and devastating previous encounter with the 'white men'.

This production is part natural history, part thriller, part political piece but very much a metaphysical triumph which commands one's whole attention and effort, but is hugely enjoyable, rewarding and life affirming.

Follow McIntyre's example of exploration and seek this out! 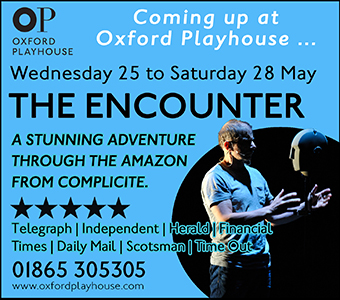