18 directors portray 18 sorts of love in 18 arrondissements
Glenn Watson June 27, 2007
Paris Je T’Aime is a mélange of movies: eighteen in fact, each focusing on a different part of Paris and showcasing the talents of film-makers from across the world….Alfonso Cuaron, the Coen Brothers, Wes Craven, Vincenzo Natali, Tom Twyker, Gus van Sant…..

A high-concept movie, it features a no-less impressive cast with each vignette telling a different story, together celebrating the attractions and contradictions, myths and magic, of possibly the world’s most alluring city.

A pot pourri of a movie, Paris Je T’Aime probably has something for everyone. That’s a plus and a minus. As the film quietly unfolds, the rhythm of the concept is broken by too many missed beats: precisely which amuse and which annoy will differ for everyone.

A hoodie leaves his knuckle-headed mates, intrigued by the cultural mystique of a Muslim girl. Steve Buscemi plays a tourist who breaks the rule of ‘no eye contact on the metro’, with uncomfortable results. Elijah Wood stumbles upon a vampire, and crosses a line. A gay designer blurts out his admiration for a young printer, betraying the power and limits of language. The tumble of tales is alternately sweet and sour - and surreal.

Inevitably, some are more affecting than others. In Nobushiro Suwa’s scintillating story, a grieving mother follows the voice of her dead son into a night-time street and encounters a spectral cowboy who grants her one last moment of reunion. But Christopher Doyle’s barking rhapsody about a travelling salesman and a Chinese hair salon aims for absurdism – and succeeds.

The directorial cornucopia does provide some neat inversions. Horror maestro Wes Craven swaps scares for rom-com as the ghostly Oscar Wilde offers relationship advice to a witless lover in a cemetery.

Yet for all the location-hopping - around the Tuileries, Montmartre or Pigalle – the face of Paris never fully comes to the fore. And as a love song to Paris in all it forms it also misses the mark: the stories are suited to any European or cosmopolitan setting – even Oxford.

If there’s an abiding theme, it’s certainly love – and not just romance. But there’s more than a whiff of Love Actually about the multi-strand premise and also the multi-screen collage of all the films which bookend the movie.

More than anything Paris Je T’Aime evokes Jim Jarmusch’s similarly episodic but far more satisfying Night on Earth. Less is more. And only occasionally do the vignettes speak from the beating heart of the real city.

But as an examination of love, loss, loneliness and life, it’s an incisive and bracing film.
Review this 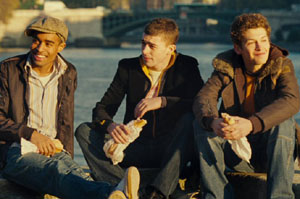 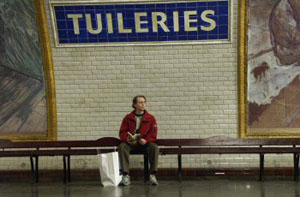 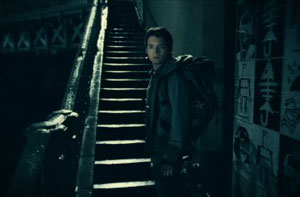