Have you ever wanted to see a robin playing a trombone? How about a Dodo negotiating with Gordon Brown? No... I didn't think so... but I think that gives you a flavour of Cloudcuckooland; it's the ancient Greek comedy you never knew you wanted to see! From the start the play, based on The Birds by Aristophanes, is packed with satire, nods to popular culture and belly laughs. And, in my uncultured opinion, you don't even need to know the first thing about Greek comedy (though, if you do, I'm sure you can laugh at the actors pratting around dressed as birds in a much more ironic and self-satisfied way!).

The jokes and songs come rapid-fire from a team of quite astounding all-round talents; though the play was written by Oxford University graduate Stephen Sharkey as part of the Onassis programme for the Performance of Greek Drama at Oxford University the cast has been drawn from as far afield as Glasgow, Cardiff and Dublin. Indeed the play would make for depressing watching for any aspiring drama students: "Oh, you mean you don't play the accordion, the trombone and the ukulele... sorry I don't think you're what we're looking for!"

Although the play is Onassis's first aimed at a "younger audience" there's much here for grown-ups to enjoy; music, slapstick and political commentary, in fact the first few scenes set in modern 'Oxford' you certainly get the feeling the adults are enjoying it more than the children! However as the action moves first to a 'bird conference' in the sky and then to Cloudcuckooland there is more to keep the kids happy including audience participation, sing-a-longs and plenty of jokes about bird poo. You really get the feeling that everything has been thrown into the mix to ensure that the play keeps pace, at the end I felt fairly fatigued just looking at the actors - and great kudos to them. I hope they can maintain the momentum for the duration of their tour, and I very much hope we will see them return triumphant to Oxford at some stage - they deserve it!

I am 27 and I just loved it!!! Really, really want to see it again:) Still laughing when I remember some moments of it:) Fantastic!
Antoniya 31 Jul 2009
Awful awful awful. I went to see this play and didn't hear any adults laughing. The children were, but mostly at each other as the play failed completely to engage them. There were no intelligent references featured, unless you count a medley of songs about flying and glib references to global warming, which I do not. A waste of time.
Ish 10 Apr 2009
Review this 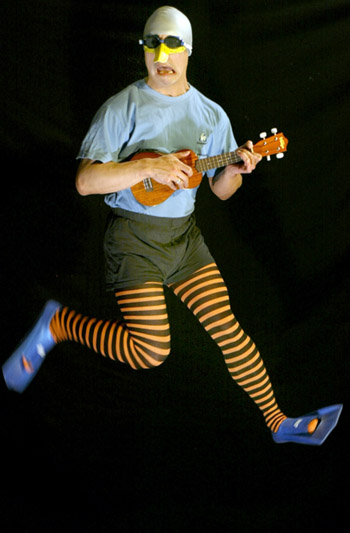