This week the Jericho Tavern was set to play host to Thunderclap Newman, authors of the 1968 hit track Something in the Air (and recently reformed as The Thunderclap Newman Band), plus Californian psychedelic popster Anton Barbeau (launching his latest album). Sadly the event has been cancelled due to unforeseen circumstances. By way of a consolation prize, Daily Info offers you an exclusive interview with both acts, cunningly snaffled by our roving reporter Rowena Purrett before the bands arrived in town. (Disappointed Barbeau fans need not fear: Anton will be providing Music to Munch By at the Magic Café, Magdalen Road at 1pm on Sat 12 Sep, and his album launch is taking place at the Wheatsheaf in the evening. See our gig guide for info.)

Bob Dylan once said in an interview “I sometimes wish it was 19-something else”. You’ve said that you take influence from the likes of Bowie, the Beatles and Dylan himself; given your appreciation of the older classics, is Dylan’s sentiment here something that you can relate to?
I love so much 60s pop, and The Pretty Things' "SF Sorrow" album sounds as good today as it did yesterday, but one thing that really works for me with artists like the Beatles and Bowie is that they seemed to be always facing forward, pushing themselves into new, unknown territory with each album. Dylan, on the other hand, has always sounded like he's from an ancient past, a time of his own design. So, to kinda answer your question finally, as much as I'm into much classic pop from earlier times, I'm happy to be here now, grunting away making laptop pop and pretending to be, as Julian H. Cope puts it, a forward-thinking-mo-fo.

You’re originally from Sacramento, California but you’ve re-located to England. What made you decide to make that move?
While I'm actually living in Cambridge now, my heart is in Oxford, and has been from my first moments there. There's a vibrant music scene, and the city itself just feels very alive to me. My first afternoon in Oxford was so richly colourful, with apple trees and bees and bikes and little dogs and hot air balloons all buzzing along by the river. I've had many subsequent moments of colour and buzz, all of which have crept and crawled into my songs. My girlfriend has a solid science job in Cambridge, and so we're here, but I'm in Ox every chance I get.

Having spent time in both England and the U.S, where do you feel most comfortable and where do you think your music is most appreciated?
Would it be rude to say Germany?! Now, the folks back in Sacramento, my home town, seem to think I'm over here filling stadiums, but really, I'm playing to 8 people in whatever city is in front of me. That said, I wouldn't spend all my time here if it didn't suit me. There's a greater sense of musical history/context here, a song of mine like "Please Sir I've Got A Wooden Leg" isn't quite as head-scratchy as it might be back home. Plus, I used to get mistaken for Chris Evans all the time, which got me lots of free dinners. I joked about Germany, but the truth is that being in England means I'm able to get over more and more to Europe and play for 8 people in Paris or Berlin now, too. I get homesick, miss some of my Yankee friends and my drum kit, but I'm having a pretty great time here, so I'm ok. Cup of tea?

Can you describe your music in just five words?
Old-fashioned psychedelic laptop pop!

It’s been 40 years since your track “Something In The Air” hit the top of the charts. Since then it has been used in countless soundtracks and covered by numerous artists. What is it about the song do you think that gives it such universal appeal?
I really don’t know, I think it just hit the spot at the time, historically and politically. There were Vietnam war protests, sit-ins in Paris and Danny the Red - it just seemed to resonate with people at the time.

As someone who experienced the music industry back in the 60s and is still in the business now, how do you feel the industry has changed?
I think it’s changed considerably. Back then we were working with gramophones and record players, then we got to CDs and now they are on their way out too and we’re seeing computers and ipods that can hold 3-4,000 tracks and which create a better sound. It’s constantly changing, things go out of date so fast, there are less record companies now and even they are becoming a niche market.

How did you find the new members to make up The Thunderclap Newman Band and has it been hard to continue without the rest of your original members?
Actually, they found me. They wanted to play the kind of music we played. Originally they wanted Speedy (John “Speedy” Keen), but he unfortunately passed away back in 2002, so they found me. To begin with I wasn’t interested but they asked me to help with rehearsals and that was a few years back now.

Newman is your own last name - but where did “Thunderclap” originate from?
“Thunderclap” was actually my nick-name at school. I went to an all boys school and on the odd occasions when teachers were not around to disturb I would play the piano, I suppose I was quite heavy handed with it, and that’s where the nick-name came from! 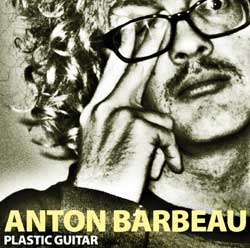