Find out about Easter in Oxford, what events to look forward to and check out our Easter games below! For another Easter egg hunt, help us find our little pal Amelia Egg-hart who's gone walkabout in Oxford. 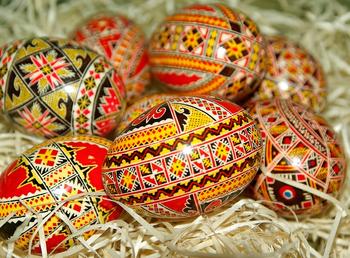 This game only works on desktop computers.

Most shops (even those that are normally open on Sundays and Bank Holidays) will be closed on Easter Sunday. There will also be changes to transport timetables - so it's probably best to check in advance whether the buses and trains are running! A brief overview is provided here, but specific companies' websites can provide opening hours in greater detail.

Trains, buses, and coaches will all be operating reduced services, while many services will be suspended. Oxford Tubes will be operating a Sunday service on Friday, Sunday and Monday while the Oxford Bus Company's timetable varies depending on the service. If you're planning to visit London this weekend, bear in mind that there will be tube closures , Overground disruption (on many of the branches), and significant roadworks.