Not your standard Rom Com...
1 review
Glenn Watson June 16, 2005
You geddit of course? Such an anonymous moniker for two of the most celebrated faces on the planet? Well, that about sets the light-hearted tone for this ultra-slick action romantic comedy in which Brad Pitt and Angelina Jolie light up the screen and torch pretty much everything else in sight.

Married and hitting a rocky patch, the twosome are in counselling. The secret that's about to come out big time though is that, unbeknownst to each other, they're both top hitmen. And wouldn't you believe it, their next assignment is to whack each other. Which is pretty much what they end up doing in one of the films too-infrequent but full-on action sequences. With guns in the garage and uzis in the oven, this is no ordinary household. But they do have the ordinary hang-ups – he doesn't like her curtains, she doesn't like his silence, he's spontaneous, she likes things ultra-planned. Love may have cooled, but things are about to hot up.

Indie director Doug Liman – helmer of 2002 hit thriller The Bourne Identity ­– fills his first mainstream big-bucks movie with ultra-cool visuals. And a fair dose of gizmos and hi-tech action. But true to form ( Swingers, Go ), his main focus is on the relationship itself. Pitt and Jolie ain't just there to look pretty – although they do. They spark off each other brilliantly in the many talky bits and in their sly asides amid the mayhem. Liman's tone is jokey but he enjoys bringing resonance out of the humour. Mr & Mrs Smith is a rom com with a modern spin and oodles of high-octane car chases, gun-battles and fisticuffs. A bit like Hitch with bullets. A date movie, then, for couples new and old. Pitt is great – a swaggerer with a wounded look, trying to figure out how to relate to his emancipated feisty female. Jolie too is more than the sum of her not inconsiderable parts and nails her hard-boiled heroine perfectly, sad eyes and all.

Liman throws himself and us into the action scenes, but they're not as brilliant as they should be. You'd have thought with all that budget going up in flames, he would have steadied his jerky cameras and snippity editing long enough for us to see what was going on. Only in the brief John Woo slo-mo does the action look as good as it should. His slow-build of the relationship means that most of the mayhem is in the second half, which will be a thumb-twiddler for some. Similar rom com actioner Grosse Point Blank still has the better fights and shoot-em-ups.

But Mr & Mrs Smith is definitely a his and her movie, not a just a lads' film. It's slicker than a bar of melted chocolate – and audiences will no doubt lap it up. Surprisingly, though, they'll probably still feel a bit hungry afterwards.
Review this film 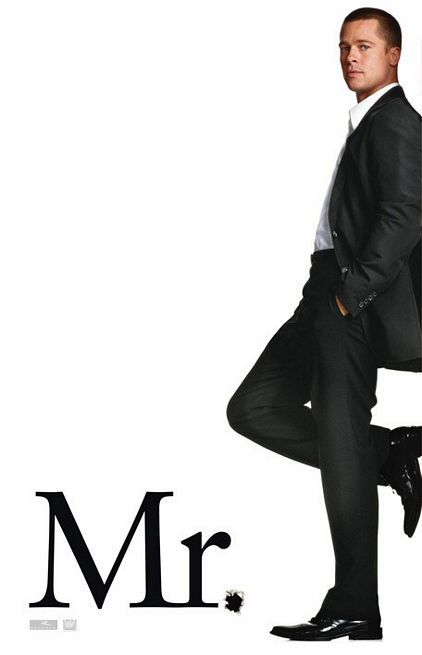 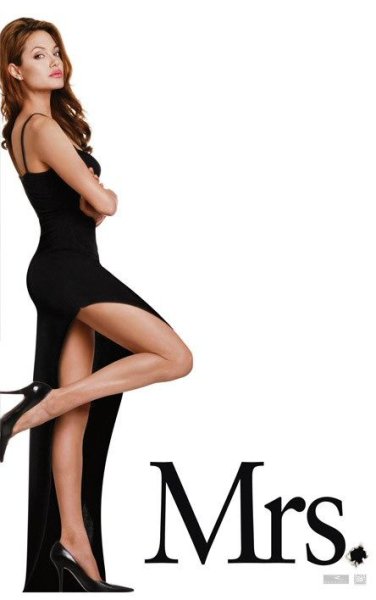