One of the UK’s leading contemporary art spaces with an international reputation for bold and ambitious programming.

Discover acclaimed exhibitions and participatory activities for all ages, talks, tours, live music, performances, and film screenings. There is a lovely Café within the gallery serving homemade food and drinks. Rooms, including the Café, Basement, and Yard, can be hired for events outside of the gallery's public opening hours. 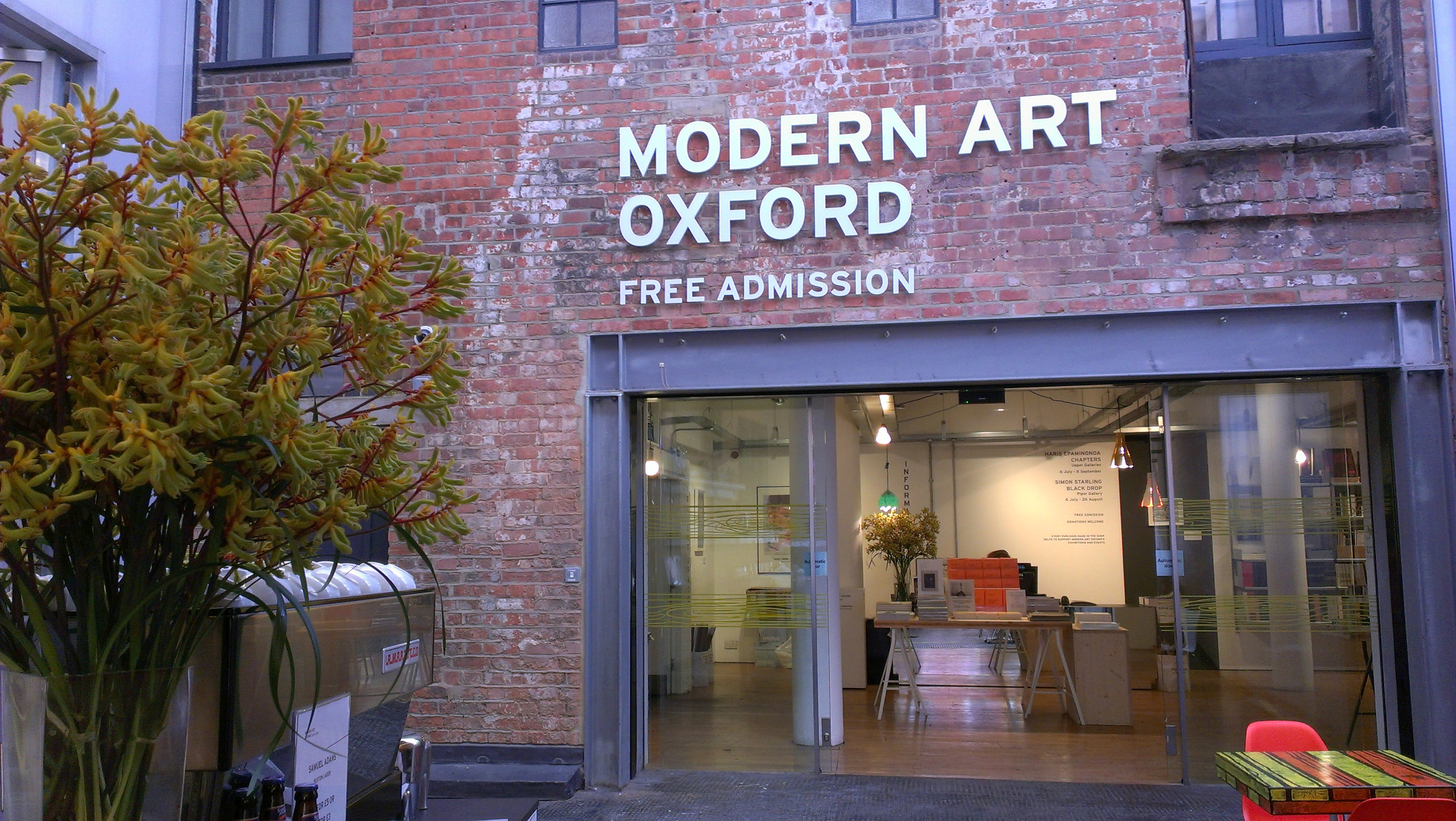 A unique exhibition of paintings by Anish Kapoor (b. 1954, Mumbai, India – lives and works in London, UK). Curated with the internationally celebrated artist, this show explores the paintings that are an integral part of Kapoor’s studio practice. More info
Tue 18th Jan

Ruth Asawa: Citizen of the Universe

Over a half-century, Modern Art Oxford has become a significant yet strangely undervalued part of the cultural landscape. An unassuming location hides the necessarily adaptable interior of white walls and glass, giving space for artists to provoke, for the public to ponder and vent their inspiration in an airy café.

As MoMA Oxford (the only so-named in the UK), the current venue opened in 1966 (having been founded by Trevor Green the previous year), with an undeniably visual and educational bent, and with pieces that were on long-term loan. Such names as Marina Abramovich and Yoko Ono brought the public in. Shedding the 'museum' nomenclature in 2002 to emphasise its currency & eliminate some pretence, it was refit and relaunched with a Tracey Emin exhibition. Since then, Graham Sutherland and Jake and Dinos Chapman have provided some high-profile cultural moments.

I visited during a Lynn Hershman Leeson exhibition, which for me demonstrated how well MAO host a major, non-household-name artist. Different levels of engagement are catered for: various resources are available from staff who are confident in their knowledge of the work and the exhibition's goals. I felt these (including showing the artist as pioneer) were met. The layout took me on a non-exhaustive but chronological tour of Hershman Leeson's career. With my scant knowledge of her oeuvre and my 'cheat-sheets', I could trace the arc and significance of what I was seeing.

The current Director, Paul Hobson, has had recent successes including Love is Enough, the Warhol/William Morris which juxtaposed rather than compared. That Jeremy Deller-curated experience was lavish, high-profile and left space for inquiry. The Hershman Leeson exhibition has evoked mixed responses due to its presentation, though: some consider the layout to introduce discontinuity, and are thrown by the unrealised appearance of comprehensiveness. I can also see how the thematic link of constructed identity may lose people, if that theme isn't a priority for them already.

The space's flexibility is certainly capitalised upon - at time of writing, sheer blank space had been turned into several sections including a mini-cinema and other areas to engage with intimate sound-based works.

MAO has done well to give opportunities to emergent artists, primarily through their Platform initiative, run in partnership with other galleries in the South-East. The exhibits are displayed in the smaller downstairs Project Space, often with some kind of connection to the 'main event' - this time, Emily Willey's The Information Corporation was providing satirical light relief.

The café is never knowingly overpriced, and attractively fresh lunch ingredients are tempting. There's a breezy hipness in which I don't find it so easy to relax, sometimes slightly lacking in atmosphere. Good quality items, a hearty pot of Earl Grey and deliciously cocoa-y but small rocky road came in at just under a fiver. A boutique-like shop packs a lot in - from MAO-branded bags and stationery to the joyously useless, and best of all, books and catalogues of relevant artists' work, forming records of years'-worth of MAO exhibitions.

Gigs are worth checking out in the underground space, and previews for educators and schools exploit this place for the educational resource that it is. I do miss the more explicit community engagement from recent years - these included outreach exhibitions into estates (the three-year programme Art in Rose Hill), and children's activities and events. Though the café still provides art materials for kids, that approach was treasurable, and admirable for a gallery that deals with modern art. Funds for the purpose seem to have been exhausted, and I hope an organisation can provide weighty financial giving to help MAO remain active in this sphere. It exists on Arts Council England funding, City Council funding, and donations.

For commissioning international personalities, highlighting links between disparate artists, occasionally showing a lighter touch (as with Shezad Dawood in 2012) and for Platform, MAO deserves appreciation. It'll do a lot to help you engage if you already have the interest.

A unique exhibition of paintings by Anish Kapoor (b. 1954, Mumbai, India – lives and works in London, UK). Curated with the internationally celebrated artist, this show explores the paintings that are an integral part of Kapoor’s studio practice.

A powerful installation centred on Malawi-born artist's search for a more enchanted world beyond the limitations of everyday life.

I’ve been imagining the planning meeting at MAO to discuss the first big exhibition when the world reopened this year… SERIOUS ...

Solo exhibition of New York-based Chilean artist Johanna Unzueta (b. 1974). Includes four new commissions: a large-scale sculpture of felt cogs; a collection of garments; a film shot at a textiles factory in Chile; a site-specific wall mural; plus a selection of her abstract drawings.

Johanna Unzueta's journey as an artist is an intriguing one. Born in Chile, Unzueta studied art at Santiago's Universidad Católica, but ...

Kiki Smith: I am a Wanderer

Retrospective on the sculptor, printmaker and self-described 'thing-maker', curated by Petra Giloy-Hirtz

Yet again Modern Art Oxford proves it's the perfect-sized space: big enough to have plenty to see but not so big as to be overwhelming. ...