The Race Hut is permanently closed

Enjoy the thrill of racing in safe and professional race car simulators. 16 state-of-the-art pods, screens with competition stats, a podium ...

Enjoy the thrill of racing in safe and professional race car simulators. 16 state-of-the-art pods, screens with competition stats, a podium for photos - perfect for team-building, corporate away days, kids or grown-up birthday parties! 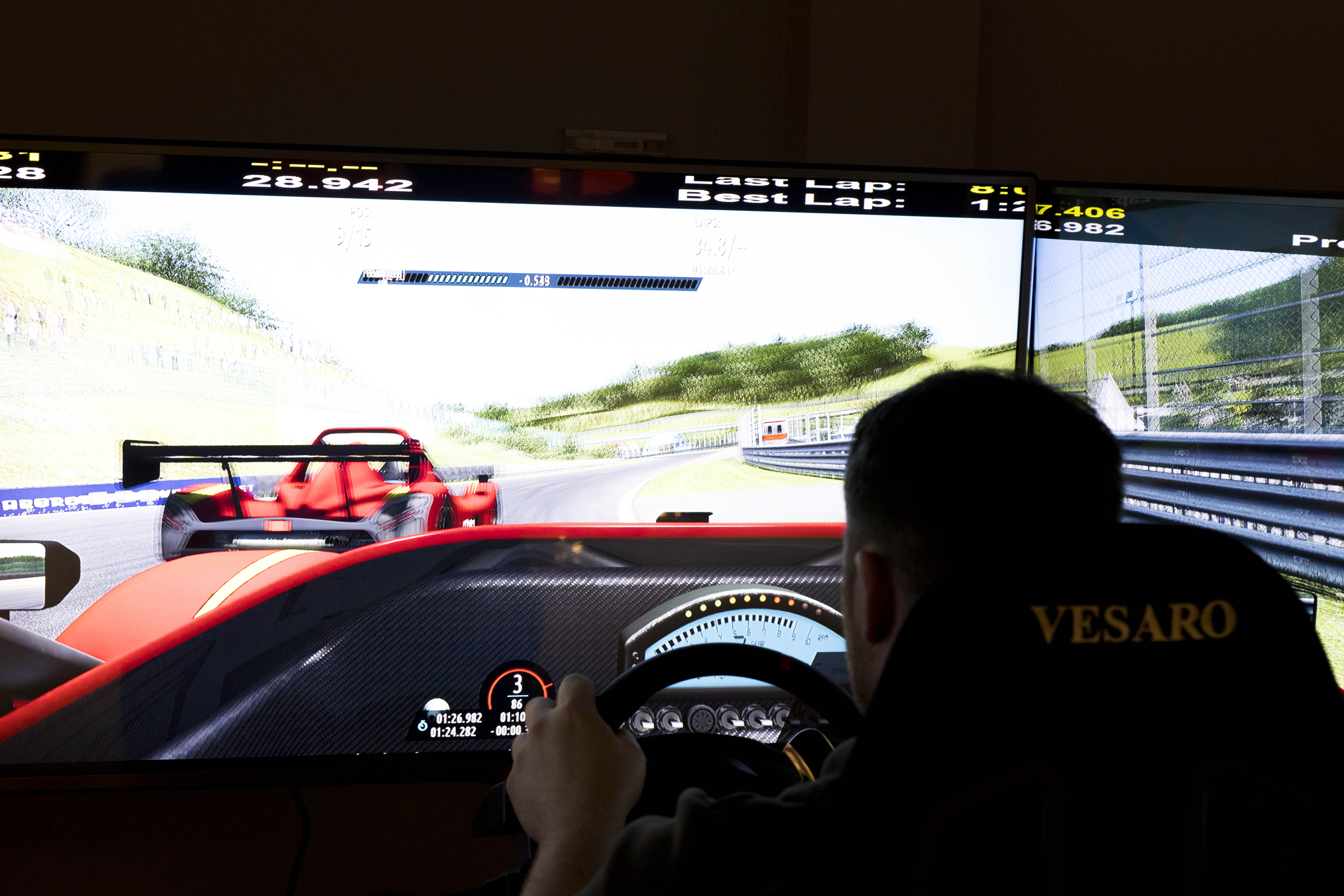 When the Daily Info team were invited to try out The Race Hut, we couldn't resist the opportunity to indulge our competitive side with a night of racing! Despite its humble name, we were pleasantly surprised to find that this Hut is in fact a swish venue, packed with 16 state-of-the-art pods that realistically simulate driving Formula One cars, accented with funky orange furniture and boasting a licensed bar. The pods are like a combination of those classic driving simulators at arcades, but with more realistic touches like proper F1 bucket seats (though booster seats are available for smaller racers!), with the graphics and specs you would expect from the newest HD console games - resulting in a uniquely immersive driving experience.

The bar offers a range of beers, ciders and soft drinks - making the venue ideal for stag, hen and birthday parties - plus proper Champagne, presumably to allow winners to celebrate in truly lavish F1 style - hopefully without actually spraying it everywhere, though... Drinking and driving is allowed here, given that you are not actually on the road - although some of the more competitive of our group decided against it, keeping their eyes firmly on the prize.

Our host explained all the equipment and the format for the evening: 4 races plus qualifiers, with breaks in between so we could compare how we were doing. The breaks inevitably meant that the competitiveness was ramped up even further and are a great way of ensuring the whole group stays engaged - even though the racing itself is quite a solitary activity (we had headphones on to hear the sounds of the road - although this did not obscure the loud swearing that occasionally resulted from particularly treacherous overtaking!), it's a great bonding experience. The races all took place on the same track - in our case, a replica of Brands Hatch in Kent - which allowed us to really get to know all the hairpins and shave a few crucial seconds off our lap times! Amelia commented that if it hadn't been for the time constraints she could have happily driven on the same course all day, while some of our group (who will remain anonymous) still hadn't got the hang of navigating the trickier turns without crashing by the end of the evening!

The final race earned double points for overall scores, which meant that there was everything to play for throughout the night, and ensured everyone felt included. This sense of inclusion was particularly the case for the one unfortunate member of the group who felt sick as the result of using the machines (motion sickness can occasionally be a problem). The staff were extremely helpful and accommodating, providing iced water and making modifications like turning off the side-screens, so that the guest still had a fantastic time despite their nausea!

While there was undoubtedly an advantage for those who drive and/or play lots of video games, those languishing towards the bottom of the table could still compete to avoid last place, or indeed to sabotage those who were further ahead - almost as much glee came from the saboteurs as from the eventual winners.

The results were not shown on the screen, but were announced dramatically in ascending order, with the podium places going to Tom in 3rd, Amelia in 2nd and Danny in 1st, all earning fun trophies. Danny is already planning to bring back a load of friends, and we reckon he would have said that even if he hadn't won, while Susie is considering joining practice sessions by herself, just to up her game.

Overall, everyone had a riotously fun evening, whatever their driving ability. We'd recommend the Race Hut as a must-try experience for anyone looking for a memorable day out!