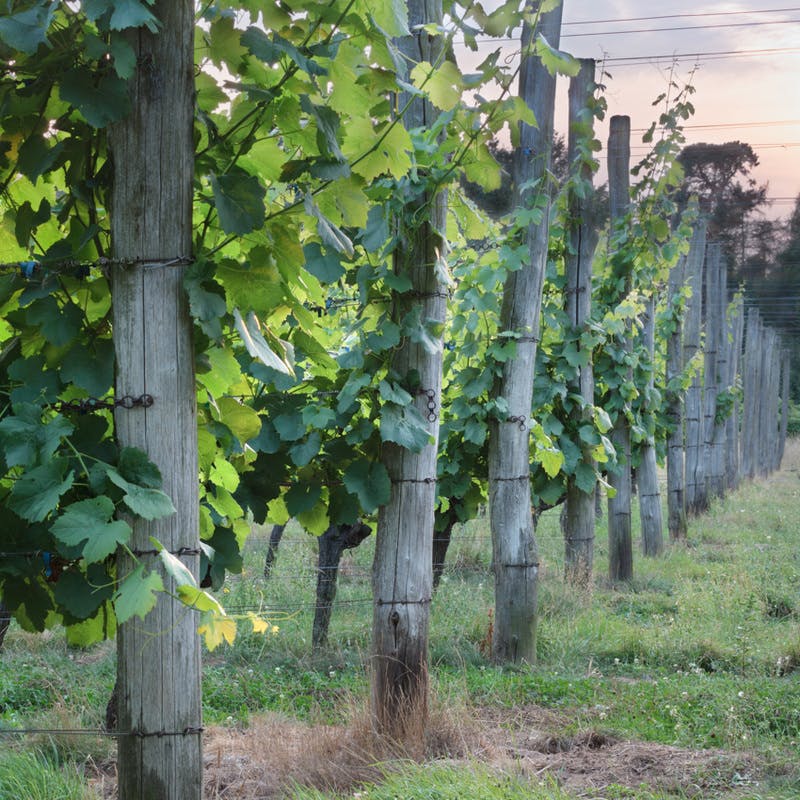 Burgundy; Barossa Valley; Tuscany: all famous regions known for producing some of the most acclaimed wines in the world. Could Oxfordshire be in line to give these celebrated terroirs a run for their money?

While wine isn't a local product you'd necessarily expect to find, it's certainly encouraging to see the English wine industry on its way up, including local producer Bothy Vineyard. Based near Abingdon, surrounded by idyllic fields and isolated villages, Bothy Vineyard makes the most of its micro-climate by combining its warm sandy soils with mature vines to produce award-winning wine with a small team composed of owners Richard and Sian Liwicki and Manager Ed Mitcham. Sustainability is at the heart of the vineyard's ethos; they offer a cork recycling service, the majority of their packaging is recyclable, 100% of their electricity is from renewable energy and 95% of the wine waste is composted on site. Impressive stuff!

Having been fortunate enough to go on a guided tour a few years ago, we opted for the self-guided tour using a map which marks out information boards next to the vines and where to find sculptures left from 2015's Sculpture in the Vineyard event, including work by the late Lendon Scantlebury. It really is a picturesque place to visit, with one field left to grow freely with wildflowers, sculptures popping up amongst the plots and coppice trees in a row providing shelter on hot days - perfect for picnicking.

Right, onto the main event: the wine! Ed Mitcham kindly talked us through their selection while we merrily sipped away at the samples.

The Doctor's Bacchus 2016 is floral, with elderflower and grassy notes. It's a crisp wine, and the Bacchus grapes used are the most widely planted still white wine in the UK. According to Ed, it's a really good wine for when the grapes are less ripe – a cooler year will mean it's lower in sugar which means you get more of those sharp notes and a lower alcohol content. Keep an eye out for the new vintage of Renaissance 2016 with its peachy, apricoty notes, which will be released in July.

Bothy's Oxford Dry 2015 blends Findling, Huxelrebe, and some years there even some Bacchus thrown in, depending on the harvest. Bothy doesn't buy in extra grapes so if there's a bad year, say they are hit with a frost, the blend will be affected but Ed assures us that it will always taste similar. This white is more citrusy, with Ed describing it as "precise". When I suggested peachy tones, Ed proclaimed: "If you can taste it, it's in there!"

Made from Rondo, Regent and Dornfelder grapes which are hardy disease- and frost-resistant vines, the Oxford Pink 2015 is full bodied, creamy and dry, like a red fruit salad with a splash of cream. Definitely not a sweet rosé, its dark colour comes from the red skins and red flesh. For me, it's the best rosé I've ever had, thanks to its bold flavours and refusal to follow the sweet rosé trend.

As if one delicious rosé wasn't enough, Bothy's processco-style Sparkling Rosé, named Halcyon Days 2015, is coming out in July. Same varieties as the Oxford Pink but had a second fermentation. Ed described it as "summer in a glass" and I'm inclined to agree! If you're after a champagne-style wine, try Harrow and Hope, situated near the Rebellion brewery near Marlow.

Côte Bothy 2014 is a pinot noir-style summer red, with notes of cherry, damson, and oak thanks to the oaken barrels it's stored in. It's a low alcohol red at only 10.5% alcohol and has been well received, so Ed's hoping to produce more red wine next year.

Having absorbed all this information (and wine), we made our way to the shop to purchase more wine. Get a taste of Bothy's selection by popping along to the Cherwell Boathouse or the White Hart, Fyfield. If you want to help out with the harvest, have a read of their website to see how you can get involved. There are a number of opportunities to join a drop-in tour for £9 per head for 2 hours or you can organise your own private tour or simply head to the shop on a Saturday to stock up. Cheers!

Try out Bothy's selection at the Oxford Festival of the Arts on Monday 26th June.