Like a miniature zoo full of falcons, hawks, and owls, on the site of Mill View Garden Centre.

Run by Clive and his team, it is free to see the birds, but there are also handling sessions and hawk walks available to book. Fully Zoo licensed, and Clive is CRB checked. As well as the main attraction, there are also budgies and ferrets, and some friendly dogs. 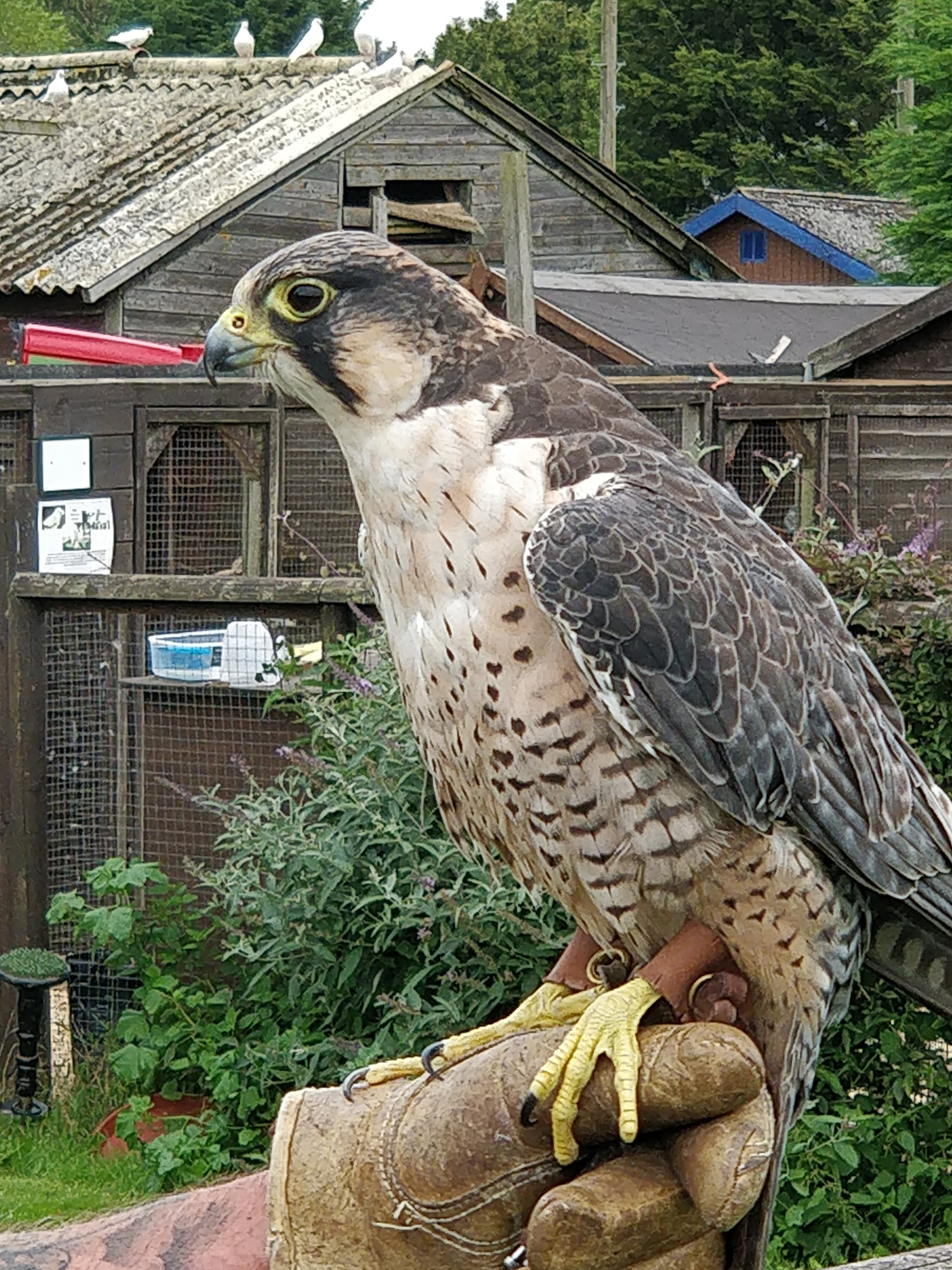 Jen Pawsey August 21, 2017
Good-natured nature, and the raw power of hunting with birds

You can tell a lot about people by their animals, and all the animals we met at Wheatley Birds of Prey spoke well of Clive and his team. As well as the array of hunting birds there were also two charming dogs, some very bright budgies, and a number of ferrets. All seemed pretty relaxed and very well cared for. Clive has been in the falconry game a long time, and has two acolytes - Ruth, who apparently has a day job but whose passion is clearly for working with these birds, and Harvey who is doing a City and Guilds course in Falconry. I had no idea that existed. The group are full of information, bursting at the seams with it, and so you learn a terrific amount about the history, the sport, photography tips, the birds and the sense of the partnership of people and birds stretching back over 6000 years or so in one long line. It's inevitable too that this activity means being outdoors, and understanding the countryside, from animal activity to foraging for mushrooms. Did you know for instance that "to cadge a lift" is one of the many phrases that entered the language from falconry traditions, or that you can tell if an owl is nocturnal by the colour of its eyes?

It's entirely free to visit the birds, and I hope that everyone who pops into the garden centre for a simple pot of herbs gets diverted to see the birds on their perches or in their cages. It's a terrifically calm space, and feels like somewhere people behave predictably, and with respect. Impressively, Clive and his team were able to predict how each bird would react, and be right about that too. It's clear relationships are tended every day.

Our group were booked in for a handling and flying session. We were a motley crew, ranging from 2 years to just retired. Two is a bit young, definitely too young to join in, but the crew were very friendly, and fortunately the dogs were happy to be patted and followed about. We were able to hold the birds on a glove, try flying the birds from one person to another (with smears of chicken to entice them), and watch them fly to a lure (a moving target). This was particularly spectacular, as the Falcons fly so fast, and so far. They wheeled off way over the next wood, flinging themselves back from 1000 ft up, and over 100mph. Clive would also spot wild birds and point them out, and apparently they have a local magpie who was cared for and released, and who will occasionally come to the glove pretending to be a hawk.

For someone who doesn't really do owls, there are quite a few of them about, mostly accidental rescues. They're really beautiful, perhaps seeming less wild than the buzzards and falcons, but not acting tamely. Everyone has told them they won't succeed in training their snowy owl, and judging by his waddling to the glove and then turning himself almost inside out with a great deal of flapping, they'll have their work cut out. But I wouldn't bet against this group getting any bird trained. They have the persistence and the love.