The craft beer revolution has come to Oxford.

BrewDog say... "We'd been looking for a kick-ass location in Oxford for ages, but thanks to a series of comments from local equity punks, we managed to earmark Cowley Road as our (and their) preferred site for a bar."

BrewDog is on the corner with Princes Street and a stone’s throw from the O2 Academy! People power has paid off with 15 taps of craft beer, an epic burger and wings menu and an awesome beer garden for everyone in this incredible city. 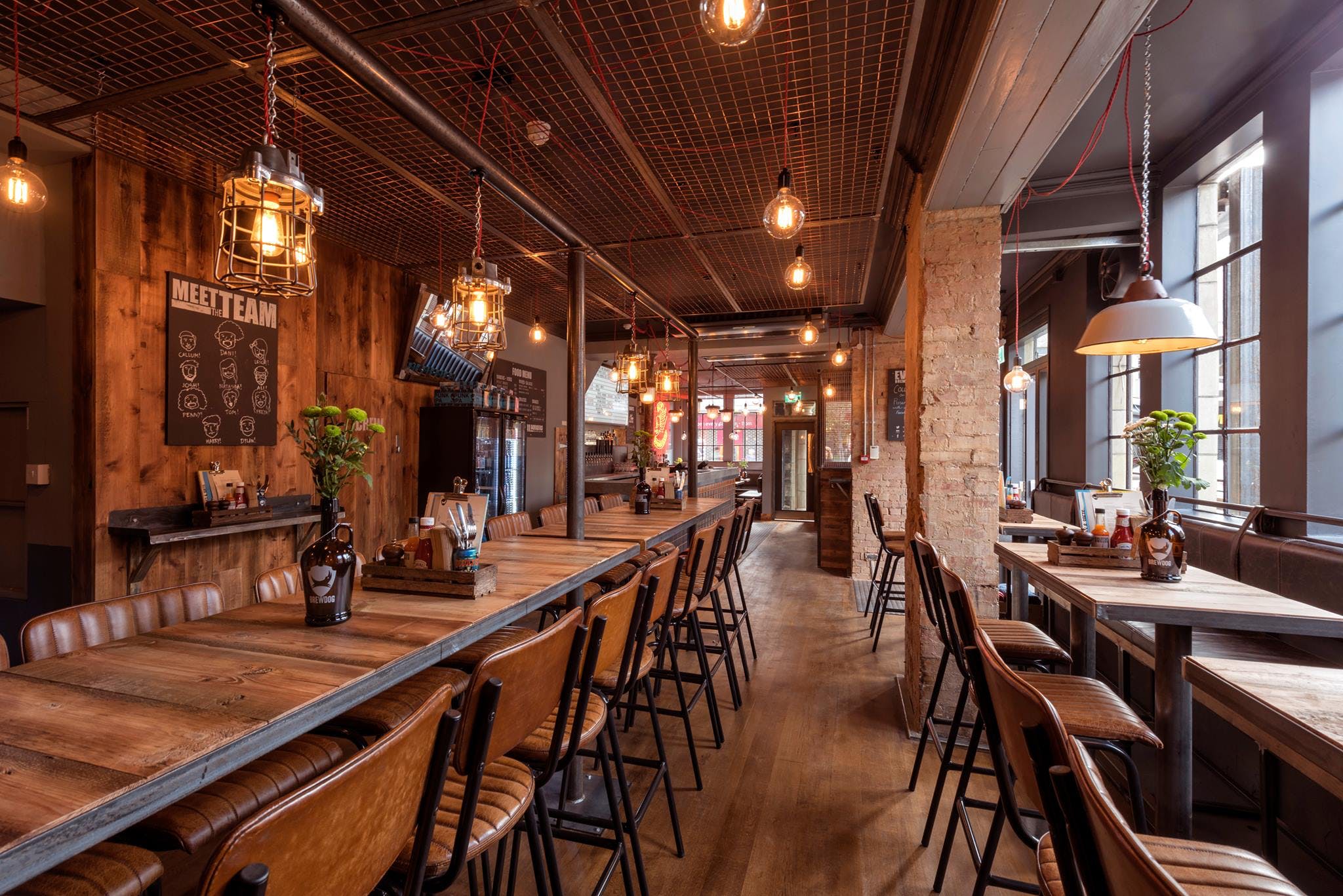 In the spirit of neighbourhood watch, we at Daily Info felt it was important to check out the food at Brewdog - the new kids on the block. Indeed their sprawling octopus street art has been calling us to action from our balcony for a few weeks now! We made a couple of trips in the end, because the first time we went there was a mix-up and the food was served late and cold. The staff member who we spoke to was incredibly apologetic and conceded that they are still getting to grips with the huge numbers of customers they are receiving. He gave us a refund in 'brewbucks' (yes this empire has its own currency) and we went along a second time, which was more successful!

Of course the star of the Brewdog show is the beer, of which there is certainly one for every taste and every occasion. The staff are knowledgeable and were able to point us towards drinks that would match our palettes. I'd recommend you do the same when you get to the brewbar!

The burgers are generally very good: you get what you were expecting and the combinations are solid and well thought-through. There are three different veggie options (which can all be made vegan), including two seitan options and one soy hotdog. The seitan is tasty, substantial and incredibly meaty in texture (frighteningly so!). In 'Clucky This Time' it comes with avocado and lots of raw onion, which are fitting accompaniments, if slightly anti-social in the case of the latter. In 'Hail Seitan' it comes sticky with barbecue flavour sauce, which makes a good texture contrast to the density of the seitan itself. The soy hotdog is delicious and smoky, and comes loaded with veg including tenderstem broccoli, which is indeed tender, flavoursome and sweet. A welcome addition. Patriot was the only meat burger we sampled, which was a good solid beef burger with ample cheese and crispy well-cooked bacon. The patties are a good size if a little bit dry.

On top of the tasty food and delicious beer, Brewdog has a buzzing atmosphere, aided by the great soundtrack and trendy patrons. Check it out if you want to keep up with the cool kids!