The Up in Arms 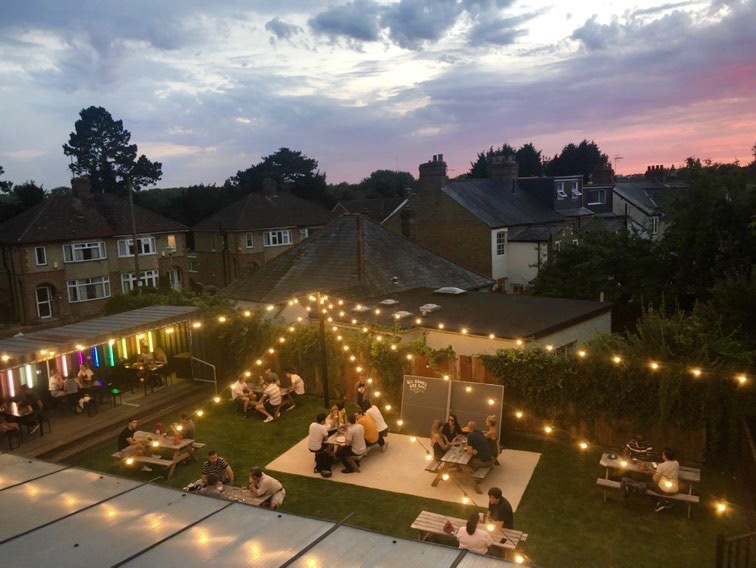 Coming soon at The Up in Arms

Quiz at The Up in Arms

Our quiz master will put you to the absolute test, this is some serious end-of-pencil-chewing stuff. More info
Tue 28th Jun

Beer, Beats + BBQ at The Up in Arms

If you are a fan of grilled steak then you simply must try The Somerset’s “steak on a stone” which they call their Black Rock Stone Grill.

Unlike The Somerset there are many restaurants in the UK that charge too much for a grilled steak. Even if the meat is described as “local”, “free range”, “organic”, “hung on the bone for 21 days” etc. it can often be an unsatisfying experience. Furthermore if you factor in the extra cost of vegetables / salad / potatoes / chips there can be quite a hefty price tag. One can request the amount of cooking ie. rare, medium rare etc. but the result is often not quite what you had hoped for, except in those really expensive places where the chefs are paid to take more care !

Enter the concept of “steak on a stone”, which my family and I first enjoyed on a holiday in Madeira. There the waitstaff bring to the table a generously sized cut of tender steak that has been marinated in garlic, sea salt and pepper and coated in a little olive oil. The (raw) steak is served sizzling on a block of smooth stone that has been heated to about 380 deg.C in a special oven.

Typically the meal includes a satisfying amount of a potato side dish, a salad, and three or four dipping sauces in individual small dishes. The whole meal is presented to you as a set on a large, thick wooden board.

It’s recommended you take the steak off the stone as early as possible to avoid overcooking its underside, and place it to the side on the wooden board. Then with a sharp knife slice off a small piece, sear it quickly, both sides, on the hot stone, dip it in one of the sauces and enjoy. It’s mouthwateringly delicious !

The dry, searing cooking process means that all the natural flavour remains trapped inside the steak, and you can cook it exactly as you like, with every mouthful enjoyed piping hot as if it were the first.

The Somerset in Marston offers their version of a “steak on a stone” meal at a very reasonable price, this despite promoting itself primarily as a Chinese restaurant. We live close by and make regular visits there to enjoy their delicious food.

The decor and image of the Somerset is not particularly to our taste, but the staff more than make up for it with their cheerful, friendly and attentive manner. The restaurant is often not very busy when we go there but you should definitely not be put off by that either. The food is always excellent, and if you try their “Black Rock Stone Grill” you may find yourself wanting never to eat steak in any other way again !

sabigari 4 Aug 2011
Since the end of 2008, the new management has converted the pub into a cocktail bar and a restaurant which offers proper modern cuisine. The pricing is also reasonable. Definitely worth a shot!
Bryan 16 May 2009
It used to be just a pub but now has refurbished into a separate cocktail bar serving bar snacks and a restuarant seating about 30 - 40. Had a burger in the cocktail lounge which was excellent. The restuarant serves international cuisine everyday, Roast dinner on Sunday.

Took a party of 7 people there for Sunday lunch which was first class, much btter than the overcooked soggy offering that some Sunday meals turn out to be in most venues. Service friendly and efficient, but the best thing was the price: almost half what I paid for a similar meal and ambiance at a long standing.establishment. No need to book at present, but I suspect that will change quickly
doricg 11 May 2009
This is now (as of late 2008/early 2009) a "fine dining" restaurant in the evenings (with surprisingly good food, welcoming staff, and good vegetarian options). Also a nice place to go for drinks. The decor is lovely and inviting, recently redone completely, including the loos.

During the day, you can have a coffee / drink / pint in a relaxed atmosphere. A good local place to meet in clean, modern, pleasant surroundings. Also has a lovely large garden in the back with play equipment for the kiddies.

This is a nice place to take a break when out for a walk along the Mesopotamia/University Parks footpaths--it's just at the top of Ferry Road. Leave the cycle/footpath and turn right, follow Ferry Road a few minutes to where it meets Marston Road, and the Somerset is just at the corner.
MarstonMum 22 Apr 2009
I think The Somerset it's a very nice pub. The most of the costumers used to be old people drinking and chatting, but now something has changed and I have seen a lot of young people who drink in. All the staff is very friendly so I come back as soon as possible.
Frenchstudent 19 Dec 2007
This pub has huge potential with very little local competition (unless you're a student at Brooks Uni) so could be amazing, but still has some way to go.

I approached the pub with the purpose of having a drink only and headed for the left-hand door pointing the way to the Lounge Bar (after all, you should always head for the lounge in any traditional suburban pub which you've never been in before - there's less chance of being thrown straight back out through the window or getting a dart in the eye!). I was confronted with a very small room of tables and chairs (more like a dining room) which was half full of people eating food and drinking cups of coffee. It was quite pleasant really but not the sort of place to settle down for a pint. I eyed the public bar through the very small bar opening and decided to have a bash in there instead.

To get to it you have to go outside the pub and come back in at the right-hand end. It was quite run-of-the-mill meaning it wasn't unpleasant but nothing really to get excited about. There's a pool table, a juke box and a massive screen pulled down which was showing a rugby match with no commentry. The drink choices were all safe bets and averagely priced. I also noticed a slightly ropey but spacious garden at the rear with a climbing frame for kids. Clientele were mainly older locals including a couple of middle aged chaps watching the rugby, whose whole vocab consisted of swear words. Won't be rushing back but it could have been worse.
Joe B 20 Nov 2007
This place has changed considerably in the last 18 months or so. The landlord has put a lot of effort into tidying the pub up and introducing a basic but good value menu. The staff and regulars are always friendly and seem interested in the customers. The garden is lovely in the summer and the addition of a no smoking bar is a great idea.
pubmaster 13 Sep 2006
Having frequented this place on a regular basis, I found it to be an unfriendly, boring backwater pub. Not worth a visit.
matador 3 Jul 2006
Review this venue

Previously at The Up in Arms

Comedy is tragedy. And vice versa. At least it is for Arthur Fleck, adrift in an uncaring society. As the yuppie generation turbocharges ...

Familial regicide and a singing warthogs: another Disney redo.

It’s a bold move when one of the highest-grossing animated films of all time, is re-envisioned as an entirely CGI based 'live-action' ...

Familial regicide and a singing warthogs: another Disney redo.

"Your scientists were so preoccupied with whether or not they could that they didn't stop to think if they should." Dr. Ian Malcolm, ...

Breezing into cinemas with a cheeky “Here we go again”, the Mamma Mia sequel is here. Turns out it’s a prequel too – so you get ...

Even if you don’t have access to a television or the internet, there is no way you have missed the fact that there’s a new film ...