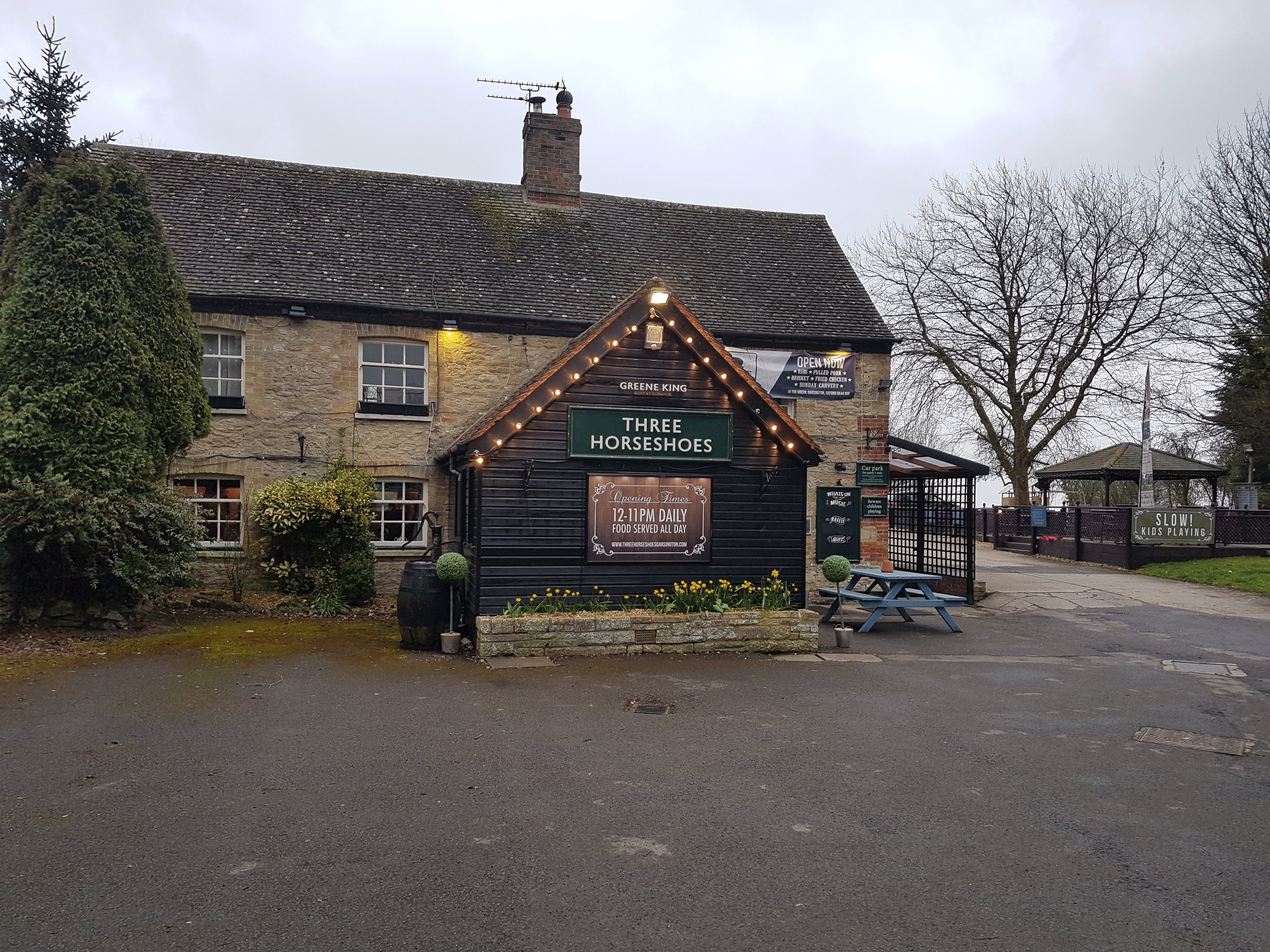 Situated in the charming , The Three Horseshoes has one of the most packed menus I've come across. As well as pub standards like fish and chips, burgers, and steaks, there are also pasta dishes, hot dogs and brunch items. And that's before you get to what brought me to this establishment; the pub's very own smokehouse. So this seemed the perfect pub to mark the return of a younger sibling from university. Added to this was the rustic but modern decor, the pretty location, and staff that were friendly and welcoming, and this proved an exceptional meal choice. Our group chose several sizeable meals including the surf and turf, Bratwurst hot dog, and chorizo sausages, pulled pork and spare ribs. Our food came out speedily but was not without errors. One portion had the wrong chips, and the chorizo sausage combo had been initially missed off. The staff handled these setbacks with a wealth of apologies and good humour, quickly rectifying any issues.

One of the most notable things of the Three Horseshoes are the gigantic portions, so gutbustingly big that they both couldn't be finished by myself and ruled out dessert. The Bratwurst got the approval of the member of our party who has a great affection for all things German. My partner's surf and turf was enticing with an appreciated thickness to the steak. The scampi and chips had a satisfyingly moistness to the inside whilst retaining a crisp outside. And the BBQ items were delectable; the chorizo sausage had a great consistency and texture, the pulled pork was flavoursome, and the beef brisket was a delightful substantial chunk of meat, easy to pull apart and consume. In short, the food is great, with a menu that can fit the tastes of pretty much anyone who walks through their door. The Three Horseshoes is also a very good location for families. The staff were friendly and welcoming to our daughter as she wolfed down her meal of cheesy pasta (and took great pleasure in consuming additional chips from my plate), and there is an expansive outdoor space, complete with play equipment, for when the weather becomes as welcoming as this pub.

All in all we had a satisfyingly nourishing evening, finding us filled to the brim with fresh food (even if I probably had too much on the plate). Even though there were errors with our order, the great staff effectively rectified these before they became an issue. Plus it helped that they brought mountains of chips to tide us over. The Three Horseshoes is worth a trip out of the city for, particularly for families looking for an epic meal at an affordable price. The six of us were fed for under £90, a bargain considering the size of the portions.

Had lunch there today. Excellent food, reasonable prices, and friendly welcome.
MIMI 18 Oct 2010
This is due to be under new management again from Dec 2009. It is such a lovely pub and in a great location so I look forward to visiting soon!
11 Nov 2009
Under new management in 2009. Ate here with family on a weekday evening. Most basic of cheap pub food (scampi and chips, jacket spuds, etc) and cheap, but poor quality and greasy. Really not a good meal. Go for a drink, not the food.
Steve 9 Jul 2009
Really nice to find somewhere local to eat that makes everything themselves. Food was really lovely & very well priced too. We'll be regulars!
Clare 27 Sep 2007
Sunday Lunch - The best!! everything about the meal was superb, potatoes cooked with rosemary, vegetables cooked perfect, beef just melted in the mouth, pork nice & tender & the apple sauce to die for. I asked the chef what was in the apple sauce & was told -white wine, breadcrumbs & rosemary. Apple crumble & icecream again to die for!! Presentation of food was excellent and the service very friendly, can't wait to go back!
Angeline 11 Aug 2007
Truly excellent meal - top quality lamb & beatifully prepared. Great puddings, and really helpful service. Best meal for a long time.
Michael & Mina 1 Aug 2007
Most Enjoyable meal. One of the nicest pubs in/near Oxford for eating out.
Lovely atmosphere, relaxing & friendly service.
The Mann Family 5 Apr 2007
Thumbs up for the Chocolate Brownie!
BP 14 Feb 2007
Sunday lunch - AMAZING. Went with 3 friends on 29/10/06.
Amazing rib of beef and roast loin of pork - top notch crackling,
superb veggies and roast potatoes. Chef very passionate about good food cooked well, as he explained beef was cooked rare but was happy to slice and cook more for my friend. Beef the most tender I have ever eaten. AMAZING. Will be back. Puddings home made as well.
2 courses 11,95 each, well worth a visit.