Trendy bar and eatery on the site of a centuries-old coaching inn in the heart of the city centre.

Trendy bar and eatery on the site of a centuries-old coaching inn in the heart of the city centre. 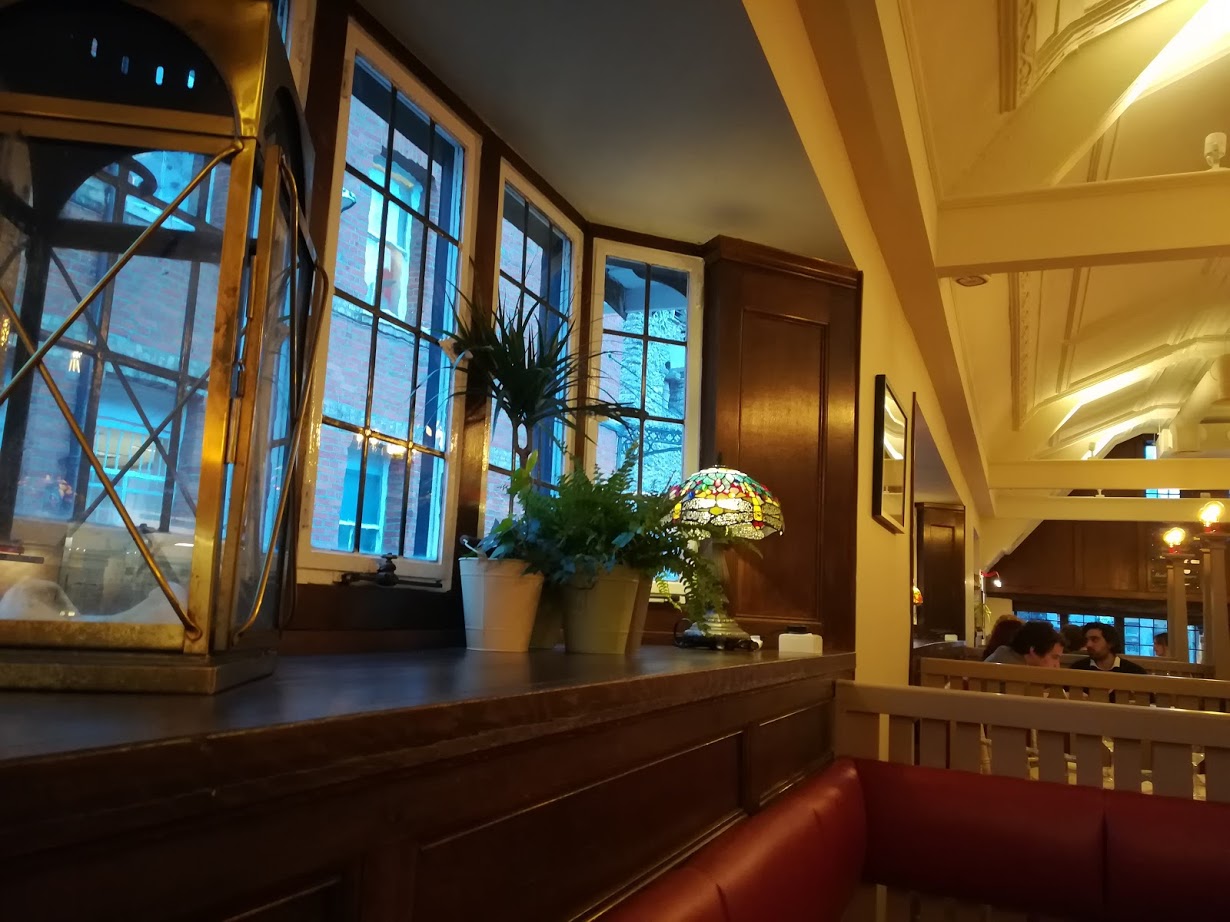 Re-opening in 2018 after an 80-year stint as The Tailor, The Plough makes a convincing claim to being ''s newest oldest pub' - the original Plough stood on the same site from 1656 to 1924. Evidence of this history proudly adorns the walls of this chic new pub which has struck a stylish balance between original period features and a more modern look. I first noticed the place months ago when it opened just to serve drinks, and had waited, eagle-eyed, for the menu to appear. So on seeing the announcement that the restaurant was now open, I couldn't resist a visit.

The downstairs bar area had the buzzing atmosphere you'd expect from a city-centre hotspot; the young, professional clientele apparently not dissuaded by the London-esque prices (£11 for a Birra Moretti and a bottled cider!) but drawn in by the sleek, well-finished look. It was certainly easy to forget that the building had been a shop for so many years, and the owners' hard work to restore the personality of an independent watering hole had clearly paid off. On finishing our drinks, my partner and I ascended the lovely wooden staircase to the restaurant area. We were swiftly seated by our waiter, Joe, who was friendly and attentive throughout. Drinks ordered, we perused the menu and had made our decisions before our drinks had even arrived, due to a fairly limited number of options on the menu. The dishes themselves all sounded delicious, so it was clear that the chefs at The Plough were going for a 'quality over quantity' approach. As with the menu length, so with the portion sizes. While the food itself was great, there was, unfortunately, simply not enough of it. A lot of thought had clearly been applied to the sourcing of the ingredients, and to the presentation. My starter, the breast of lamb, was beautifully cooked, with a crispy layer of fat coating well-flavoured meat, and a prune and anchovy stuffing that was almost chocolate-like in its consistency. Likewise, my main, the cod with bacon and peas, looked very pretty and tasted just right. There were touches of flair, such as the unusual 'hay baked mayonnaise' that accompanied my partner's mini steak - the cuisine is best described as traditionally English with a contemporary twist, much like the venue itself.

It's not uncommon for restaurants to distinguish themselves with higher prices and more carefully-assembled dishes. The standard of the food was undeniably well-suited to the atmosphere and the venue's fabulously central location, and were it not for the mismatch between the eye-watering prices and the meagre portions, The Plough would be an instant favourite. However, if you're planning to go there for a special treat, you'll need to be prepared to splash out extra for some sides (which sadly would've taken us way over budget) unless you want the wine to go straight to your head. We paid just under £60 for two starters, two mains and a drink each - which would have been fine if we hadn't left the restaurant still hungry.

It's definitely worth checking out this historic spot if you're after a classy meal and, like me, are keen to see more independent shops and restaurants in the city centre. I just hope that over time the owners can adapt their prices to offer diners slightly better value for money.