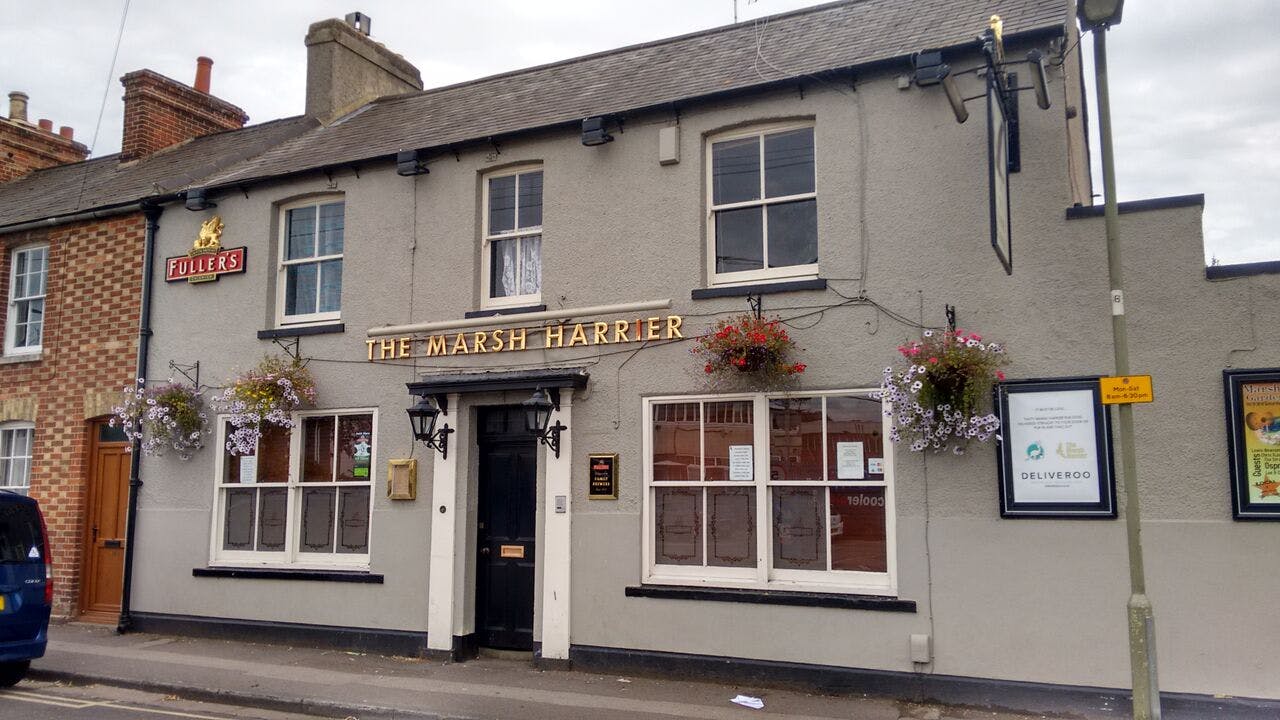 Slightly off the beaten track down Marsh Road, the Marsh Harrier isn’t necessarily the first Oxford pub that springs to my mind. But finding ourselves up those ways, we were enticed in by the cosy-looking interior and a chance to get out of a torrential downpour. Intrigued by the halloumi-heavy menu, we decided to settle in for dinner. 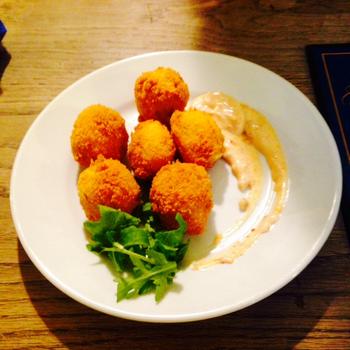 Impressed by the pub's extensive Trivial Pursuit collection, we fired up a game of their most recent edition as we waited for our food to arrive. The starters appeared alarmingly quickly and we took a pause from our game to tuck in. My dining companion (or trivia rival if you prefer) ordered the breaded halloumi with chilli mayo and I went for the chilli, lemon and garlic king prawns on toast in anticipation of my halloumi main. The halloumi was well-cooked in a nice crispy batter and the chilli mayo provided a perfect accompaniment. The prawns were very tasty but perhaps a bit too simplistic. It might be unfair of me to expect more than what is described on the menu, but I think I was hoping for a more nuanced flavour. The chilli completely over-powered the lemon and garlic, if there was even garlic in it at all. 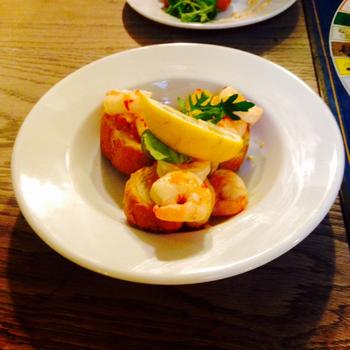 For mains, my companion ordered the spiced lamb burger with mint yoghurt, chips and coleslaw, with extra halloumi. The mint sauce and triple-cooked fat crispy chips stole the show but I’m told the lamb burger was very average. A good standard for pub food, however, and my companion was not dissatisfied. Again impressed by the vegetarian selection, I opted for the vegetarian fish and chips, which consisted of battered peas in place of fish, served with chips, battered halloumi and tartare sauce. Top marks for effort but sadly low marks for execution. I don’t think battered peas are a fish substitute that is going to catch on. They were thick and stodgy and lacked flavour seeing as they were, well, just a big lump of peas. Similarly, if you’re into your aesthetics, this isn’t the dish for you as it’s three very brown elements on a plate with a smear of brown-ish sauce. On the plus side, the chips were, again, amazing, as were the battered halloumi pieces, and the prices were reasonable, with both mains coming in at under a tenner. 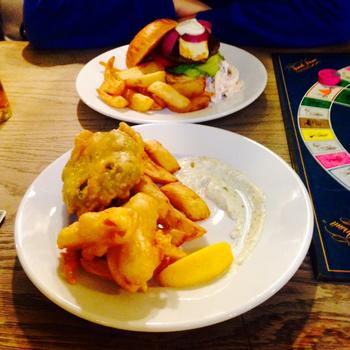 As well as board games, the Marsh Harrier has a 'bring one, borrow one' policy for their choc-a-block bookshelf, and a lovely garden hosting many a picnic table that I imagine is packed out on a sunny day. They have a good selection of beers, friendly staff and an overall cheery environment. I would definitely go back for drinks, snacks and board games, but would perhaps consider having my main meal elsewhere first.

The Marsh is definitely my favourite pub in this area of Oxford. Beautiful pub, fantastic garden (especially when it's sunny). Food is lovely, beers well looked after, staff are friendly... what's not to like? :)

Great food, atmosphere and people with a good variation of ales.
I went on a music night and danced the night away, Les Clochards were playing when I went and are apparently also playing NYE. I had a real fun evening!

Seems less about community pub and more about loud music now. Must be awful for the neighbours in the same terrace. Also misses Sunday evening quizzes without notice. Food is quite good but attitude of bar staff has changed markedly. I used to feel like the bar staff were pleased to see customers but now it feels like they think they're doing you a favour by serving you.

Tony Brett 5 Oct 2013
Moved to the local area at the begining of the year and was pleased to find that this is a fantastic local pub. It is a Fullers pub so the beers that you find are the usual, but that's what I like so I'm happy! The decor is very nice inside and the service is always very good. Great beer garden as well for those long summer evenings. Have also recently discovered the monthly music pub quiz (first Monday of the month) which is always good fun, but make sure you get there early to guarantee a seat. They don't have Sky Sports, but do show sporting events if they're on terrestrial (e.g. World Cup, Formula 1 etc). All in all, a great pub!
Jonathan 11 Nov 2010
A great place for Sunday lunch, we tried it out today. All homemade by the landlady, and huge portions but not at the expense of quality. I had the roast lamb and my boyfriend had the half roast chicken. We both got masses of veg, roast potatoes, rich gravy and a freshly made yorkshire pud. A friendly atmosphere as well, with good service. There is also a good selection of books to borrow and swap. It was quiet at first but filling up by 2pm and they serve lunches til 4pm on a Sunday which is a good idea.
Kath East Oxford 1 Feb 2009
This pub has gone from strength to strength under the management of Ian and Sandi. The beer is great and now there is a fantastic range of food too, including amazing Sunday lunches.

The pub does a general knowledge quiz every Sunday night and a music quiz on the first Monday evening of every month. It's also dog-friendly and has some lovely resident cats!
Tony Brett 28 Jan 2009
Highly recommended pub serving a broadsheet-reading, rugby-loving crowd which is probably indicative of the new population of this area of Cowley. It looks rather dubious, sitting opposite the Council depot with the blinds drawn, but inside it's got real modern charm with a long bar serving Fuller's ales and quality bar snacks! There is a massive garden which is good for summer. The pub gets crowded when football/rugby is on TV, but there are still seats away from this at the rear.
Joe B 14 Mar 2007
Review this venue