Pub with a regularly-changing menu focusing on locally sourced ingredients and seasonal produce. Features a beer garden scattered with architectural salvage from LASSCO. Ample parking. Easy access from J7 of M40 and from 8A Oxford Services. You can book private dining rooms, or various areas within the shop and restaurant, or even the entire site. Licensed for music and live entertainment. 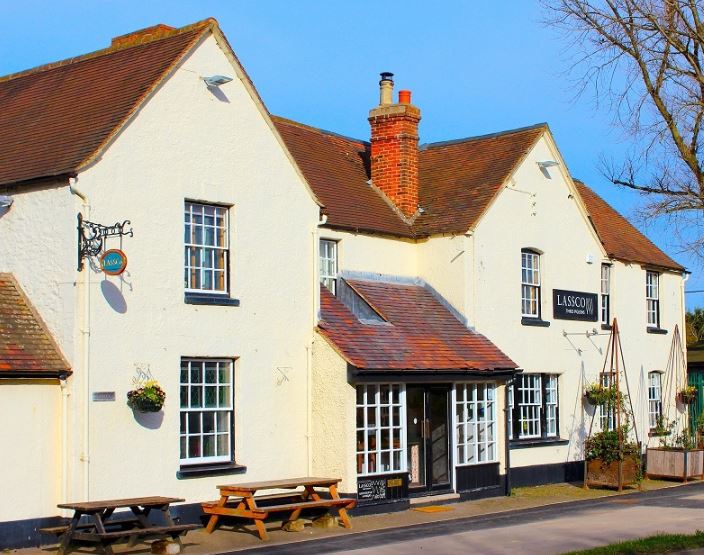 Well, this place is a find and a half. A bit like stepping into a Hugh Fearnley Whittingstall programme crossed with an episode of Antiques Roadshow, this fine little eaterie in the envrions of a bonkers high-class scrap yard is a treasure. Not venturing near Thame very often, I was on a spa break nearby, hungry and also bargain-hunting (having just moved house and seeking furniture). The kind of bargains here weren't for me, though, since their speciality is architectural salvage (pergolas, huge doors, fireplaces, porticos, stone lions) - mostly big pieces at big prices. But it sure is nice to sit in and gawk at whilst eating cake, listening to an indie-folk soundtrack. And it's not just cake either: their menu is small but perfectly formed, with lovingly-made little dishes at acceptable prices, and the extraordinarily civilised hours of 9am-12pm for brunch and noon-3.30pm for lunch. I had some delicious vegetarian quiche, brownie and coffee. Oh - and because I was kind of on holiday, a glass of prosecco :) Which reminds me: they have a very fine wine list. If you're a Jacobs and Field, Isis Farmhouse kind of person, check Lassco out - you'll love it.