Very favourably reviewed, and fairly so. Book well in advance.

Thai restaurant with a small daily changing menu. Highly rated, and tends to be booked up several months in advance. But there are rumours of a couple of unreservable tables, so patrons turning up early on the night they wish to dine may be lucky. 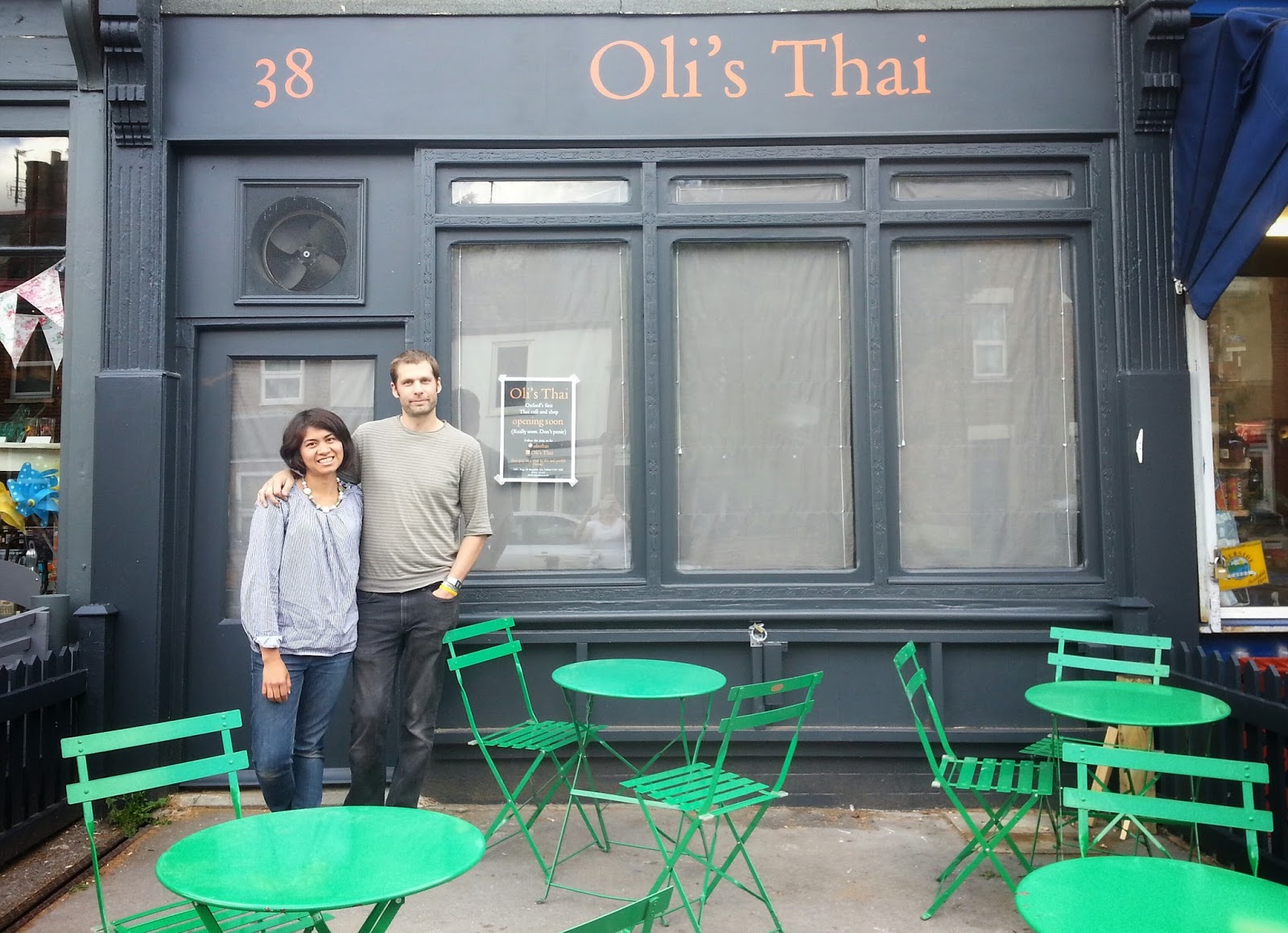 I'm going to just come out and say it: Oli's Thai is the best restaurant in Oxford. It's actually one of the best restaurants I've been to anywhere – it really is that good. Given the three months you have to wait to get a table and the consequent tornado of anticipation swirling around it, you can't help but wonder whether it's all a bit over the top. But sometimes, it turns out, you should believe the hype.

After having been burned on a previous occasion, trying to make a reservation in June and finding out that they were fully booked until September, I tried a new approach to get a table this time around. The restaurant leaves several bar seats available for walk-ins at every sitting. A schoolfriend and I agreed to meet outside at 11.45am to beat the queues for their midday opening time. I arrived at roughly 11.43am, by which time a pair of dastardly rivals were already there. Thankfully my pal had turned up at 11.35am to gazump the competition, just in case.

The ridiculous booking period obviously represents a considered decision by the owners - whose infant son Oli gives the restaurant its name - not to overfill it. It absolutely pays off. The space is small but not claustrophobic, intimate but never intense. It helps that there's heaps of natural light and lots of bare wood. We sit on the same kind of wooden stools that you might have last encountered in school DT lessons.

It's a beautiful late summer afternoon and we go for the most refreshing-sounding thing on the menu: a lime-based mocktail called a manao manao. It is filled with sweetness and mint and something I can't put my finger on, and a whole mound of deliciousness, and it bodes very well for the meal ahead.

From their concise, monthly-changing menu, we choose some prawn crackers and a crispy chickpea salad to start. The crackers, a shade of woody brown that is presumably the colour of soy sauce and wholemeal flour and love and attention, are excellent: a tiny bit sweet, but carefully spiced and not at all synthetic-tasting. They come with a dish of gloopy peanut sauce with a slight chilli hit, and a film of oil which has risen to the top. It looks fairly disgusting but absolutely does not taste it. We demolish the lot pretty quickly and they bring us some more.

Whatever tricks they pulled to make the crackers are nothing compared to the magic that gets worked on the humble chickpea in the next dish. The crispiness is real but they are still soft on the inside, like an armadillo. The fresh cucumber and tomato keep it all fresh and balanced, while slices of finely shaved pickled chilli add the fire. The combination is delicious and the execution is completely perfect. And we haven't even got to the mains yet.

The first of those is a fried seabass fillet, laid on a banana leaf and barely visible beneath a heap of apple salad – only the tail pokes out of the top. This is the first thing we've tried that may not appeal to everyone. The fish, while wonderfully cooked, is powerfully, surprisingly sweet. There are fermented and citrusy flavours too, but only slight ones. It's a bold and memorable dish, but I wouldn't necessarily order it again.

No such problem for the aubergine curry, which is simply, unambiguously excellent. The coconut sauce is rich, the green beans have the right amount of bite and somehow the aubergine is by stages crisp, then firm, then meltingly soft. Both of us agree that it's the best thing in the meal, which is saying really quite a lot.

There are only two pudding options on the menu – a Portuguese custard tart and French macarons – and on grounds of their not-Thainess we almost choose to get neither. That would have been a very bad decision. The custard tart is an absolute humdinger: gooey, cinammony custard surrounded by perfect flaky pastry. Any bakery would be proud to serve something like this, which makes it even more impressive that it's almost the afterthought of a tiny Thai restaurant named after a child.

Nothing on the menu is expensive; you could eat there for under a tenner if you wanted to. There really are no downsides, apart from the whole conundrum of actually getting inside. It wouldn't be a bad idea to start planning your trip now.

We spent: £50 for a three-course lunch for two, incl. drinks.