Very highly rated Chinese and Malaysian restaurant on the former site of Bombay. 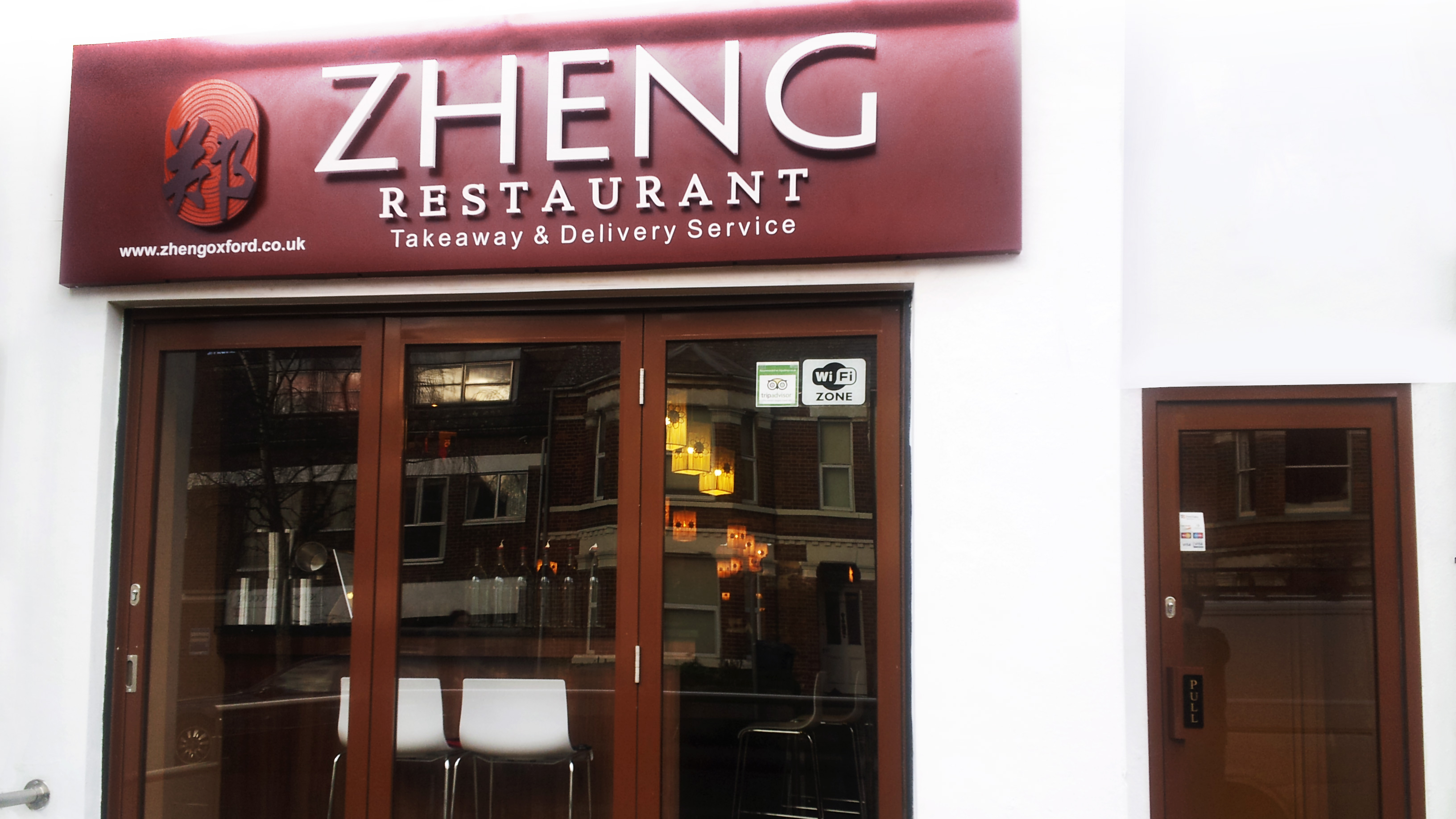 Slightly slicker, slightly less shabby, slightly more expensive. A replacement for Jericho's longstanding BYOB curry house, the Bombay (confession: I grew up just around the corner from and still get the occasional nostalgia surge about Bombay, although in hindsight its golden-yellow decor was pretty hideous), Zheng reflects the way the wind is blowing in Jericho and the wider city. The verdict? A good, interesting, but not exceptional eating experience.

The food is Malaysian-Chinese. I was expecting fusion, but in practice this seems to mean that the menu is divided into separate Malaysian, Szechuan, Cantonese and Shanghai sections, with some Singaporean dishes thrown in for good measure. It's probably impossible to try all of them unless you're in a large group, but my solitary dining companion and I tried our best.

The starters we chose were classic Chinese. The beef in our basket of dim sum was beautifully tender but let down by its ascetic under seasoning. Frustratingly, the hoi sin crispy duck had the opposite problem. Well seasoned but ever so slightly overcooked, it didn't quite have that melt-in-the-mouth wow factor.

We dipped into the Szechuan section for the main courses. The peppercorn king prawns were delicious and abundant, although they left an alarmingly large puddle of oil at the bottom of the plate. A warning also to spice fiends: even though the dish was labelled with three chillies, the spiciest designation on the menu, it was just about perfect for my tender taste buds. Serious chilli buffs will likely be disappointed.

The undoubted highlight for me was the Nasi Lemak, a Malaysian hodgepodge of rendang chicken, deep-fried chicken, coconut rice, toasted peanuts, boiled egg, shrimp sauce and crispy dried anchovies, piled high and wide for only £9.90. The combination of flavours and textures was a complete treat: the rich, smooth rendang complemented the sharpness of the shrimp and the crunchiness of the peanuts and anchovies wonderfully. Only the deep-fried chicken was a let down. In flavour and in greasiness, you wouldn't find much to distinguish it from a bucket of KFC.

Zheng's service policy - attentive to the point of being overbearing - will suit some and aggravate others. Over the course of dinner, our waiters must have refilled our water glasses at least five times and offered to take almost-empty dishes away several times more. To be generous about it, our insistence on lingering over the scraps of the meal, in spite of heaving stomachs, was a testament to the moreishness of the food.

The furnishings are all dark, heavily varnished wood and plentiful mirrors. I was reminded of the opening scene of Inception, with the addition of some inexplicably tiny armchairs by the front door.

Zheng should be recommended to anybody who likes Chinese food, or anybody who has never tried Malaysian cuisine. But maybe, if you are going, don't believe all of the hype.

This is the future of Chinese takeaway. The spicy prawns and spicy stewed aubergines are so very very good I could eat them every day and in fact I sometimes do. The pork and mixed seafood with noodles is also excellent. I might try something else next time because this restaurant knows how to cook original, intensely flavoured food with a wide variety of ingredients. Top marks!