Executive Chef, Vivek Singh, opens the doors to his kitchen to reveal the art of his culinary creations with a host of inspired Masterclasses. This is a unique opportunity to truly explore the diverse cuisine of the subcontinent. 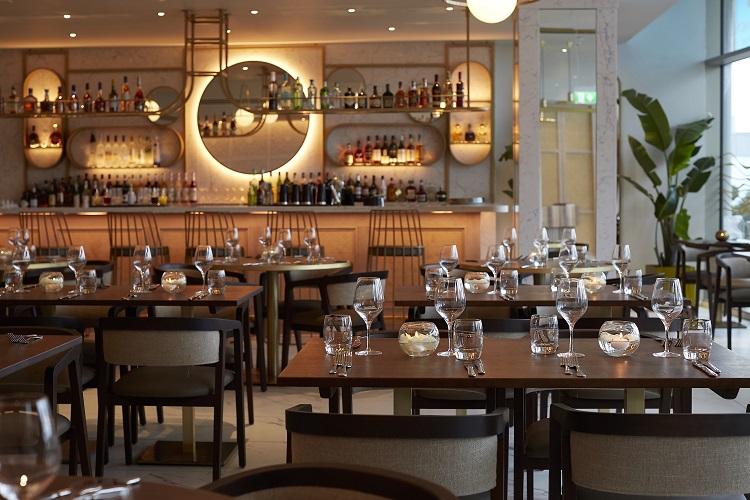 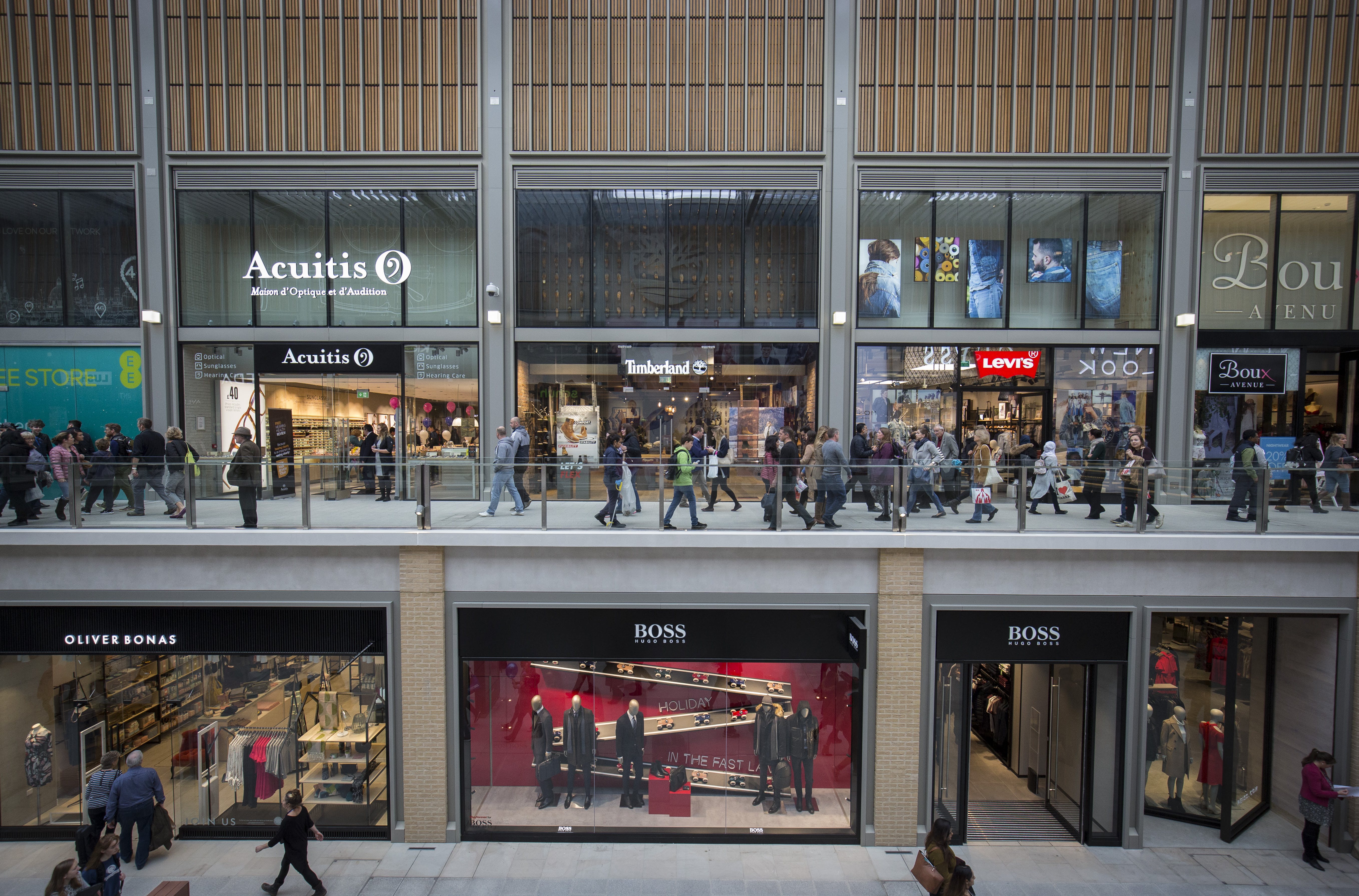 Jen Pawsey March 9, 2018
Starters to die for, service to sigh over

The Cinnamon empire sprang into being in 2001, with the Cinnamon Club mothership opening in the grand surrounds of the old Westminster Public Library. Back then it was a total revolution to suggest Indian food wasn't all vindaloo and lager in front of the footy, or provincial restaurants with deferential staff and fishtanks. Indian food could be grand and modern. Spices could be sophisticated and subtle rather than blow your head off. Nowadays this seems pretty obvious but then it was novel, and Vivek Singh started it all.

I was lucky enough to go to the Cinnamon Club in its early days, and was completely in awe. It was inventive, classic, spicy, and altogether top notch fine dining. Unlike some big brand names, especially those recently in the news, the Cinnamon empire has grown slowly and organically, and our Cinnamon Kitchen in the Westgate is the first restaurant outside London.

Even though the Kitchens are not so posh as the original Club, they are still fine dining restaurants, and I'm going to emphasise this because if you don't know that then you're going to be wrong-footed. You should be expecting all that fine dining implies - nice surroundings, high prices, good service, a bit of a wait, good food. We got most of this, plus a children's menu and high chairs, which I wasn't expecting. The restaurant, on the top floor of the Westgate, has a roof terrace for better weather, and a lovely view across to Tom Tower even from inside. We were seated in a corner booth, with a nice L-shaped sofa that the toddler couldn't escape from.

In the American style, there was a fleet of specialist staff - one to show us to our seats, another to take our order, and a third to bring us food. We ordered from the all day menu, with glasses of wine. There's a good selection of wines by the glass or carafe. I chose a Sauvignon Blanc, but it was quite acidic and in hindsight I should have listened to the waiter who recommended the Chardonnay. My partner in crime went for an Australian Shiraz - smooth, dark and buttery.

The menus are beautifully marked with dairy-free and gluten-free options. It's music to my eyes when restaurants do that - I much prefer not marking myself out as someone requiring a special diet. This way I have control without having to stand out. I chose the only starter and main that fitted this particular bill, namely a char-grilled sea bass followed by seafood biryani. My partner went for Achari lamb fillet on spinach roti, then Old Delhi style butter chicken. Tiddles had a roti pizza, billed as cheesy peas, though it seemed to be chicken and cheese with no peas in evidence, which to him was a good thing. The children's menu includes a drink, so he had a glass of milk.

The starters were great - the sea bass seethed stickily in its banana leaf parcel, unctuous and lovely. It's one of those dishes that lives on as a tingle in the tastebuds, and which you know you couldn't recreate at home. The anchari lamb fillet was heartily spiced and cooked to succulent perfection, the spinach roti satisfying and the anchovy chutney a nice counterpoint to the aromatic meat. Tiddles had a go at his pizza, and ate all of his accompanying bowl of zingy tomato sauce. So far, so good, and very much what I was hoping for.

Mains arrived for the big people, and the waitress could see Tiddles was flagging, so she offered to bring him his pudding - a much anticipated bowl of chocolate icecream. When she returned with it I asked what the accompaniment to my biryani consisted of, since it was a rather anonymous bowl of a pale speckled substance. Since the dish was marked dairy-free I wondered if perhaps it was a plant-based yoghurt, or even a flavoured mayonnaise. She told me it was yoghurt, and that it was not dairy but Greek. With this rather unsatisfactory answer, I thought it safer to leave well alone. To the waitress' credit, she came back, having asked the chefs, and told me it did contain dairy, "but not a lot". We were seated next to an ordering station, manned by perhaps the duty manager, who joined in. "Of course it's dairy," he said, as if it was obvious. "It's yoghurt." While I was considering how best to answer, he added that the icecream my son was tucking into also contained dairy.

I didn't say that I can't discern yoghurt by sight, or that the icecream wasn't marked dairy-free on the menu, nor that I'm not completely stupid. I didn't say anything. In fact the rest of the meal was rather silent. My partner was seething with fury. While I don't like being patronised any more than the next woman, I was more like the proverbial PE Teacher: not angry, just disappointed. But I was also feeling guilty. I often worry that it's not fair on restaurants for me to be a food reviewer, given my special diet. By the end of my biryani (a bit samey, something that would probably have been alleviated by say an accompanying bowl of something a little sour and tangy, but very full of prawns, squid, mussels, octopus and certainly not skimping on the seafood) I had reconciled myself. It's not important what I ask of the restaurant - the fact is they did not act on a promise. In this case I didn't ask them to adapt a meal - clearly they expect people to announce food allergies when they order, sigh, but when asked the staff did not know what was in the food. That's a problem, and I do feel it's perfectly fair to call them out for this.

In contrast, the butter chicken was warming, indulgent and well-balanced with a rich sauce; rice aromatic and fluffy. And the chocolate icecream went down a storm. We did stay for coffee and my partner had pudding. The treacle tart was comforting though lacking a little in treacle-ness - more a cake slice than a treacle tart in his book. The Thandai sorbet was surprising, sharp and refreshing. By this time Tiddles was full of beans and in need of a runaround, so we beat a hasty retreat, around two hours after we started. I told you it wasn't quick.

Altogether, we spent £72. Two-course set lunch is £18, three-course £21 and Junior £9, plus wine and coffee. Was it worth it? It's got great water carafes, a great view, it's a pretty interior, and the starters were unforgettable. Next time I might just go for starters and then head on somewhere else, and I'd avoid that duty manager like the plague. Having said that, I would go back, albeit with my big special diet neon sign on.

In the long-term, I don't think the location will suit Cinnamon Kitchen, which is made for a long night of cocktails drifting into dinner. It looks as if they've already had to rethink their policy of stopping serving food between 5pm and the dinner service, which was clearly crazy in this venue of tired all-day shoppers. They've started some family-friendly initiatives, hence the junior menu, high chairs, and Sunday Lunch where children eat free. As we've already seen with some reviews, anyone not expecting fine dining and thinking of this as yet another curry house will be horrified at the bill. Despite the hopeful rebranding of the Westgate as a Lifestyle Destination, it remains an upmarket shopping centre. Now if it were in the old Shanghai 30s building, perhaps it would take on some of the quality and precision of that building's illustrious former inhabitants.

For now, a cautious thumbs up. It does still represent an interesting fusion of classic and spice cookery, even if the rest of the world has caught up a bit, and even if certain staff need a lesson in not patronising their clientele.