Middle Eastern banquets in the heart of Witney 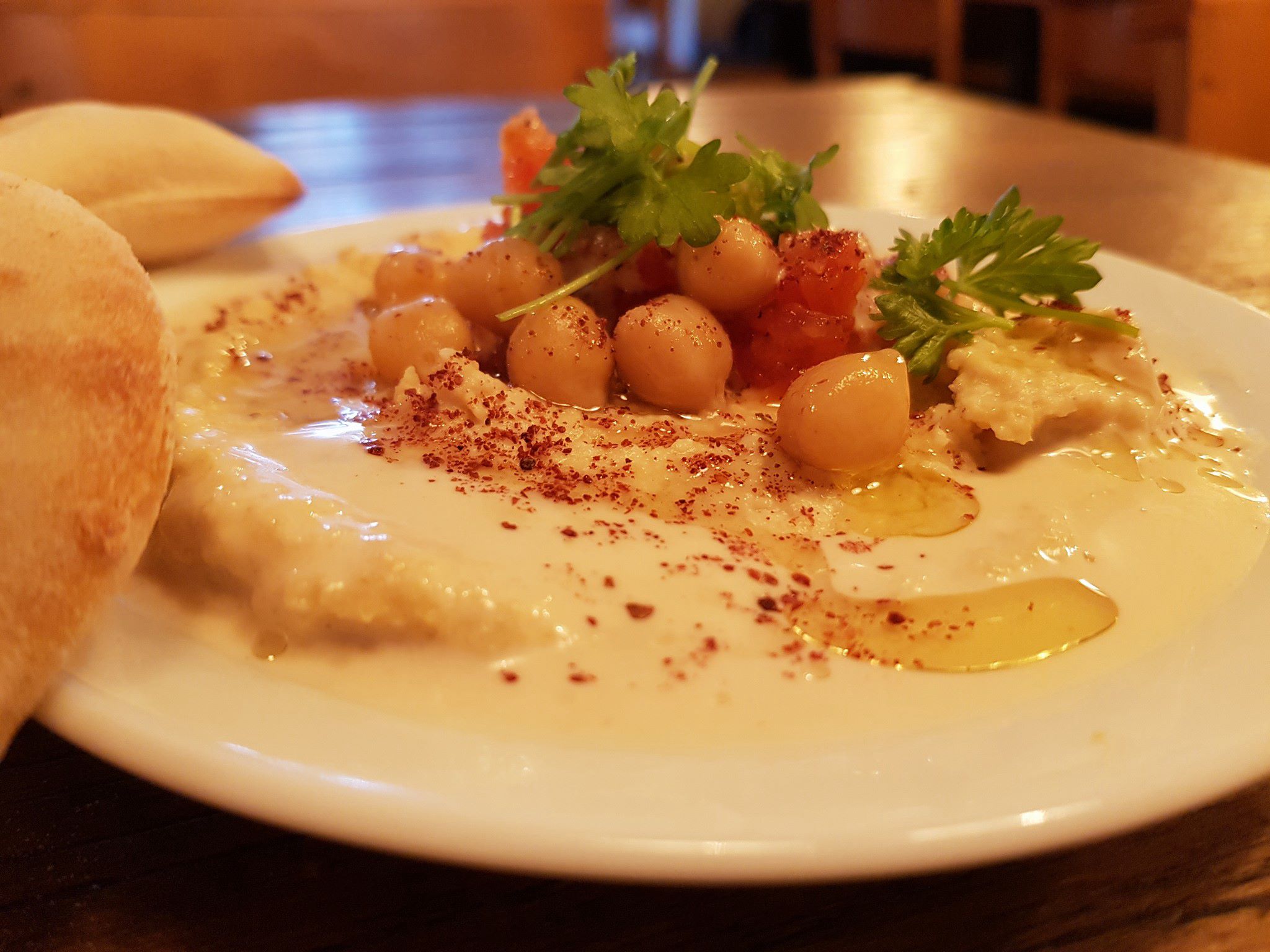 Sophie Francis April 30, 2018
A taste of the Middle-East has found its way to Witney

On entering UE Coffee (62a High Street, Witney) it was impressive how the quirky little coffee shop had been transformed into a quirky little eatery. The tables had been rearranged for optimum feasting capacity and were already laden with appetisers - hummus, aubergines sprinkled with pomegranate seeds and walnuts and my personal favourite, cubes of feta and melon combined with fresh mint leaves - simple but so darned tasty! Having never been to a pop-up anything before, I was intrigued to find out what else was in store and excited to sample some Mediterranean and Middle-Eastern dishes.


We were warmly welcomed by Mr Yafo Kitchen himself, Shai Diga. Shai is extremely passionate about food in general, but Israeli food in particular. And with good reason - with a combination of Arabic, Persian, North African and Balkan styles and flavours, it is one of the most vibrant and exciting cuisines in the world, as I discovered on Saturday evening. Shai, a fellow Witneyite, informed me that he came up with The Yafo Kitchen while on a trip to Jaffa (pronounced Yafo in Hebrew) to visit his family. As he was sharing a meal of hummus, pitta bread, lamb koftas and a delicious selection of over 15 other dishes, he had the idea of bringing this distinctive type of food and social dining right here to Oxfordshire. While the Kitchen has 'popped-up' at UE Coffee a couple of times so far this year, Shai's original idea was to take his concept into people's homes, providing an affordable and different dining experience for private dinner parties.

As the restaurant filled up, our servers got to work. All very friendly and knowledgeable about the dishes, they seemed to be omnipresent, such was their ability to rid tables of empty plates, and quickly replenish them with extra portions or different dishes, as well as top-up water glasses and make sure people were informed on the various ingredients in each dish.

I don't even know where to start on the food. I wouldn't call myself a 'foodie' and tend to stick to items on the menu that I know. This pop-up didn't give me the option of choosing - all dishes on the menu were served to all diners. And there were none that I didn't taste, and none that I didn't enjoy; indeed, most of them I ate with relish, making far too many vocal groans and noises of appreciation for such a public arena! I don't think I was the only one - there was a lovely convivial, warm atmosphere in the cosy venue, and many appreciative comments as dishes were smoothly removed and replaced.

Some dishes seemed simple enough to recreate at home like the aforementioned feta/melon combination, or the green pepper and tomato spicy Shakshouka, served with aubergine and free-range eggs - apparently a favourite with Israeli soldiers due to the simple and available ingredients, but also an excellent hangover cure! Good to know.

My partner was particularly blown away by the whole seabass we got to share which was rubbed in zatar (an aromatic and subtle mix of herbs) and served on a bed of couscous with carrots, olives and tomatoes. He looked completely shell-shocked after his first mouthful - he doesn't even like fish! It was cooked to perfection, with the flesh flaking away easily from the bones and so succulent.

With the dishes coming thick and fast and so consistently tasty, it seemed as though I might literally eat until I burst. It was so difficult to say no to seconds when they were offered; actually I could have eaten thirds and fourths of the freshly homemade soft cheese balls (labane) rolled in zatar and drizzled in olive oil.

By the time there was a pause in the savoury dishes, and we topped up our wine glasses (bring your own bottle/s) and soaked up the atmosphere I thought I might be completely unable to manage anything else. But then pudding arrived. The brief respite had magically found some space in my fit-to-pop stomach and my mouth watered at the description provided by our server: sponge cake soaked in cardamom syrup and served with a poached pear, crushed nuts and rosewater reduction. I felt like I was a judge on MasterChef getting to tuck into such fare. With a hearty scoop of chilled crème fraiche on the side, my taste buds rejoiced further as I tried to savour every mouthful of this light, sweet sponge and lovely grainy pear. The textures were so different yet so complementary.

We followed our Israeli banquet with a delectable UE Coffee (roasted locally no less) and were amazed that almost three hours had flown by. We were ready to take our slightly rounder figures slowly back out into the cool April evening and find our way back home to comfy (read: stretchy) pyjamas.