From a kid to a king. 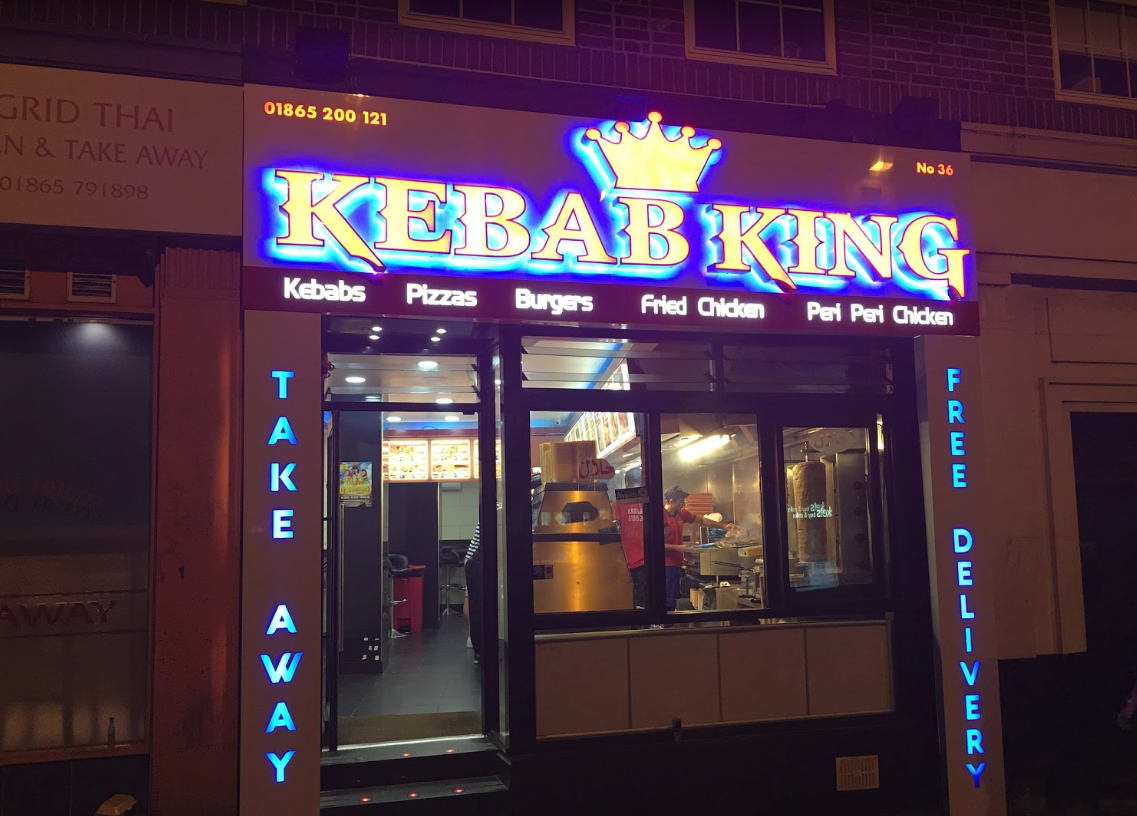 After a long and exhausting train journey I thought I'd stop for a kebab before staggering the rest on the way home through the rain to an empty fridge. Kebab Kid was perhaps the most surreal and friendly take away experience I've ever had! I ordered a pretty standard naan kebab and chips, chose from a wide range of salads and sauces (helpfully reccommended by the guy who served me) and had a very nice long chat with apparently everyone that worked there, who seemed to want me never to leave! Nice feeling wanted, isn't it?

Oh and the kebab was amazing considering it was take away. Good value, good selection, nice staff, clean shop and nicely presented. I'll definitely be going there next time I have had a horrendous train journey home!
Tash 9 Jan 2008
Wow!

What a fantastic kebab. The ability of your head chef is incredible, he is able to combine a perfect blend of spice along with such mind-blowing flavours.

I thought I had already had a great night out but this just topped it.
I think next time I will not bother going out drinking, and instead just go for a kebab.
Thanks for all your help over the years

Dave
22 Oct 2007
Kebab Kid is conveniently located in the centre of town and has the advantage of seating – very helpful as my one of my friends was feeling a little under the weather. I found that service was quick and efficient, especially considering at the time the place was filled with uncooperative drunks (one was singing "Barbie Girl" at the top of his voice). The place looked generally clean and the staff seemed to know what they were doing.

I was quickly provided with a Doner Kebab and some chips and cheese, though the staff were a little miserly with the sauces and it took a little persuading to get them to put both ketchup and mayonnaise on the Kebab and ketchup on the chips. The Kebab was well cut into long thin slivers and had a strong taste of lamb with a very nice mix of spices. The sauces were what you would expect, the mayonnaise far too greasy and the ketchup too sweet and tangy. The same can be said for the salad which was the basic lettuce, onions (not nearly enough of these), and slice of tomato and cucumber. Unfortunately the Naan in which it was served really wasn't up to much and obviously hadn't been cooked fresh. However I enjoyed it despite this. The portion was a very good size and this made up for what I at first had thought to be a rather inflated price. The same cannot be said for the chips and cheese. While the cheese was excellent and not synthetic the chips were extremely greasy and in some cases not cooked properly. Also, for £2.25 I would expect a much larger portion.

On the whole I would say Kebab Kid is a good food stop late at night and the availability of seats and speed of service is far superior to that of your average Kebab van. There is a full range of options to suite every taste including apple pie, baked potatoes, pizzas, samosas and so on; in fact everything to suit any dietary choice. Meat is of course all halal. This is one of the best late night kebab venues in the centre of Oxford and outstrips most kebab vans. Definitely worth a visit.

This is a relatively new venture, unique in being the only fixed premises kebab vendor in the centre of town. So in addition to all the usual advantages of a shop (wider choice, warm place to wait, fresher food, more room for better cooking facilities) it also has location on its side - a short walk from both the bus depot and the bustle of Cornmarket Street. However, falling between two stools (so to speak), it is likely to suffer competition from both the cheaper kebab vans and the classier takeaways (though it seemed to be doing a reasonable trade when we were there).

"That’s all very well", I hear you say, "but how does the new Kid on the block measure up where it counts?"

Well, first of all, there is indeed a much wider choice, extending to several different types of kebab (including kofte and shish), tikka, fried chicken, spuds, fish, pies, tandoori, chips (‘fries’ - very nice too), a choice of veggie food (pies, samosas, pakoras, spuds, fish), desserts and drinks. Pretty impressive, even for a shop. You can eat your kebab (in McDs-style ‘styrene box, with serviettes and fork as standard) sitting at a proper table.The kebab meat is reasonable, the chicken is tikka-style (and slightly tough) and the mixed kebab contains spicy sausage meat (not pork), as well as kebab meat and chicken. They even have a sort of razor-style electric kebab-meat-cutter thing that Sweeny Todd could have had fun with.

Salad is finely chopped, fresh and crisp. Sauces are a bit subdued, particularly the aioli, which seems to be all mayo and no garlic. However, where Kebab Kid really scores over the competition is what the meat comes in: a large, crisp, pert, ‘freshly backed’ (sic) naan bread - no soggy pitta here. All in all, a very pleasant and satisfying kebab experience.