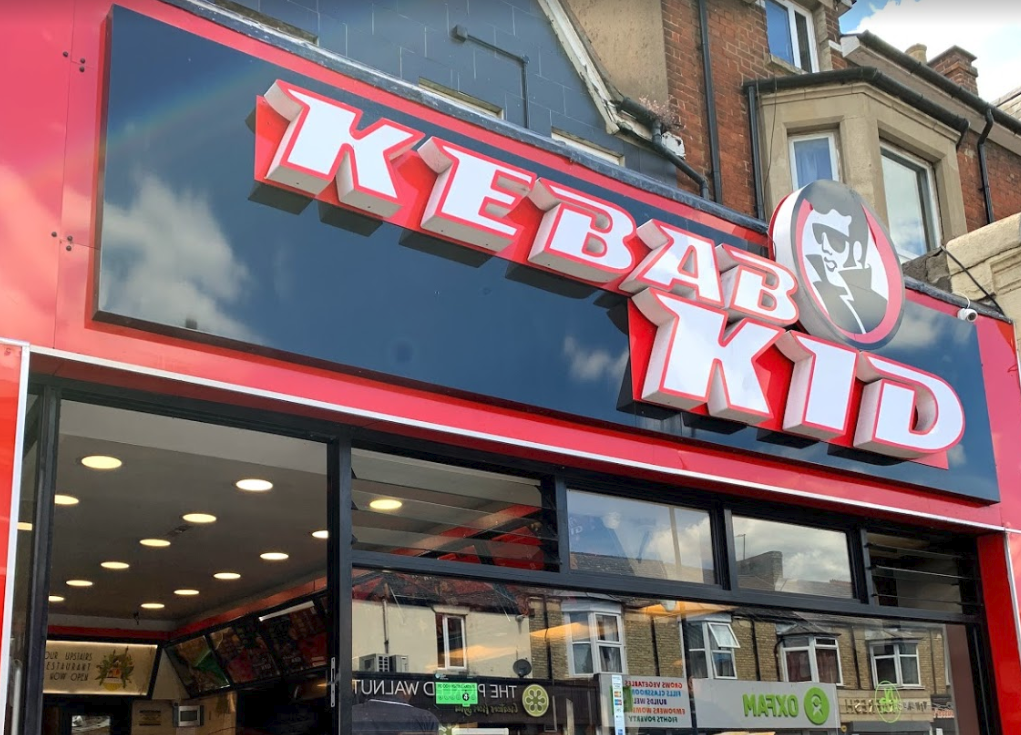 Without a shadow of doubt, Kebab Kid is THE best Kebab establishment in the country.

Has to be done after a gig at the Oxford Academy !

Can't rate it highly enough, they really know their food :)

I love eating at Kebab Kid when there's nothing in the house. BOOM! Kebab Kid is the place - really tasty food and kind staff!

The food is delicous and the staff are very very friendly - especially the boss: he is a gentleman.

harry 17 Jun 2012
I had chips and cheese with a bit of lettuce in the early hours of Tuesday morning at Kebab Kid's Cowley outlet. It cost £2, which is a good price. I was satisfied with the service, but I was very annoyed to realise that the chips were cold! Fast food should not be cold, and cold chips and cheese is terrible, because then the cheese doesn't melt at all.

Having said that, the new Kebab Kid on St Clements is very good - excellent chips and cheese, and very friendly staff.
Stx42 17 Jan 2012
In a state of hunger that would normally make me very forgiving of average food, I had a burger that was so vastly overdone that it had the toughness of that other great product of the cow - the leather shoe. Compared to this, the standard blackened summer BBQ burger is a newly bolted calf still convulsing on the abattoir floor. The convenience, friendliness and service was good though.
Edski 7 Sep 2011
Wicked when you're starving at half 2 in the morning and need to eat. Never had a bad meal at Kebab Kid.
jhkfghkfgfglhflkg 7 Jun 2010
Top notch nosh. Reasonably priced. Might not be the fastest takeaway, but the food is well worth the wait. Expect the shop to be busy in the evenings whilst students and people are out pubbing, but know that the reason it gets busy is because the food is really good. Strike up a good rapport with the guys and you may find you get a little discount. I've used the delivery service a few times and I've not had any problems. They tell you in advance how long you can expect to wait, and usually it comes on time or a little before.

I'm very fussy about where I eat from, and as far as it goes with KK, I've never had a bad experience yet. Keep up the good work Naz & crew!!
Nyam an cham 7 May 2010
We ordered 2 chicken kebabs, chips and drinks at 9.45pm. They turned up TWO hours later after 3 phone calls with cold food. They also sent our delivery up by taxi and they added more to our bill than was originally stated over the phone, to cover the costs.
angry 20 Feb 2010
The Channa and pilau rice is indeed super tasty - so... fragrant. I'd rather have it than a kebab even though I'm not a veggie. I've been trying to make it at home as it really is that good but what spices are in it apart from cumin and cardamon - any fellow eaters have any good guesses?
Su-ster 23 Oct 2009
I really enjoyed the fantastic food and service at Kebab Kid, it left me with an everlasting experience. The food at Kebab Kid is gorgeous really sexy, and took my taste buds to a new extreme. I was only in Oxford for a short while, originally from bonnie Scotland and I have never tasted food as good as Kebab Kid's. Good Job lads.
23 Apr 2009
Cowley Road Kebab Kid is the best - I always go there after football every Friday!
Faz 14 Mar 2009
Kebab kid has to be the most under-rated food joint in Oxford. The food is excellent, cheap, fast and plenty....and staying open till 4am doesn't hurt. The best dish here is PIRI PIRI Chicken. Go! Go! Go!
Paul 4 Jan 2008
I love kebab kid, I am a regular and I always get what I want and when I want it. Lots of choices and food gets to you REALLY quick
ILOVEKEBABKID 30 Jul 2007
The Kebab Kid does what it says on the tin - a scrumptious Chicken Kebab, with beatifually spiced quality chicken served on a freshly baked naan (not the usual generic and lifeless pitta), topped off generously with the salad and sauce of your choice. If you want chips, go to the Chip Kid, but if you want top-quality kebabs at great value, get on down to the KK.
Chicken Kebab 21 Apr 2007
I would suggest that ordering in person is a much better idea than relying on their delivery service.

It may be free but it's also one of the worst levels of service I have EVER received. The food took over 1.5 hours to come (I was told 30 to 40 minutes) and by the time it had arrived it consisted of soggy chips and a cold kebab!

Not impressed by Kebab Kid but like I said I am sure that buying food from their premises in person is fine but I would recommend that people don't use their delivery service.
A Very Disappointed Customer 8 Mar 2007
Kebab meat can depend on when you go (with a new piece of meat it literally melts in your mouth but at the end it becomes dry and chewy). However it's always served with generous amounts of salad and sauces, plus best of all, a freshly cooked naan bread to soak up all the kebab meat/sauces etc and provide a delicious end to your meal. Very reasonably priced considering the portion sizes and with a warm, dry shop to wait in. Finally, the staff are always attentive and recognise you, despite the crazy numbers of drunk people they must serve.

They also have extensive other dishes if you're vegetarian however for kebabs Kebab Kid is easily my number one choice in Cowley.

Kit 27 Nov 2006
Being a veggie im sick of only being able to get veggie burger and chips as a takeaway! Why do so many takeaways only offer you this choice?? Come on takeaways - there are so many other dishes that are quick and simple to cook - vegetarians are not aliens :)

So I was pleased when a friend recommended trying Channa and pilau rice at Kebab Kid. The portion is big and you can eat in or takeaway. You also get a choice of salad and yoghurt sauce which I would recommend any veggie try. At only £3.50 you cannot moan as it is very filling and scrumptious! I would rush down there and get some quick as they only seem to do 1 pot of it a day.

I don't think many people see a kebab shop as offering veggie food but you must try this dish! You will find the staff friendly. My only moan is that it can get busy in the evenings and at the weekends.