Hotel located inside a beautiful 18th-century Georgian manor house, set in 3,000 acres of park land. Also available for conferences, weddings and other functions. 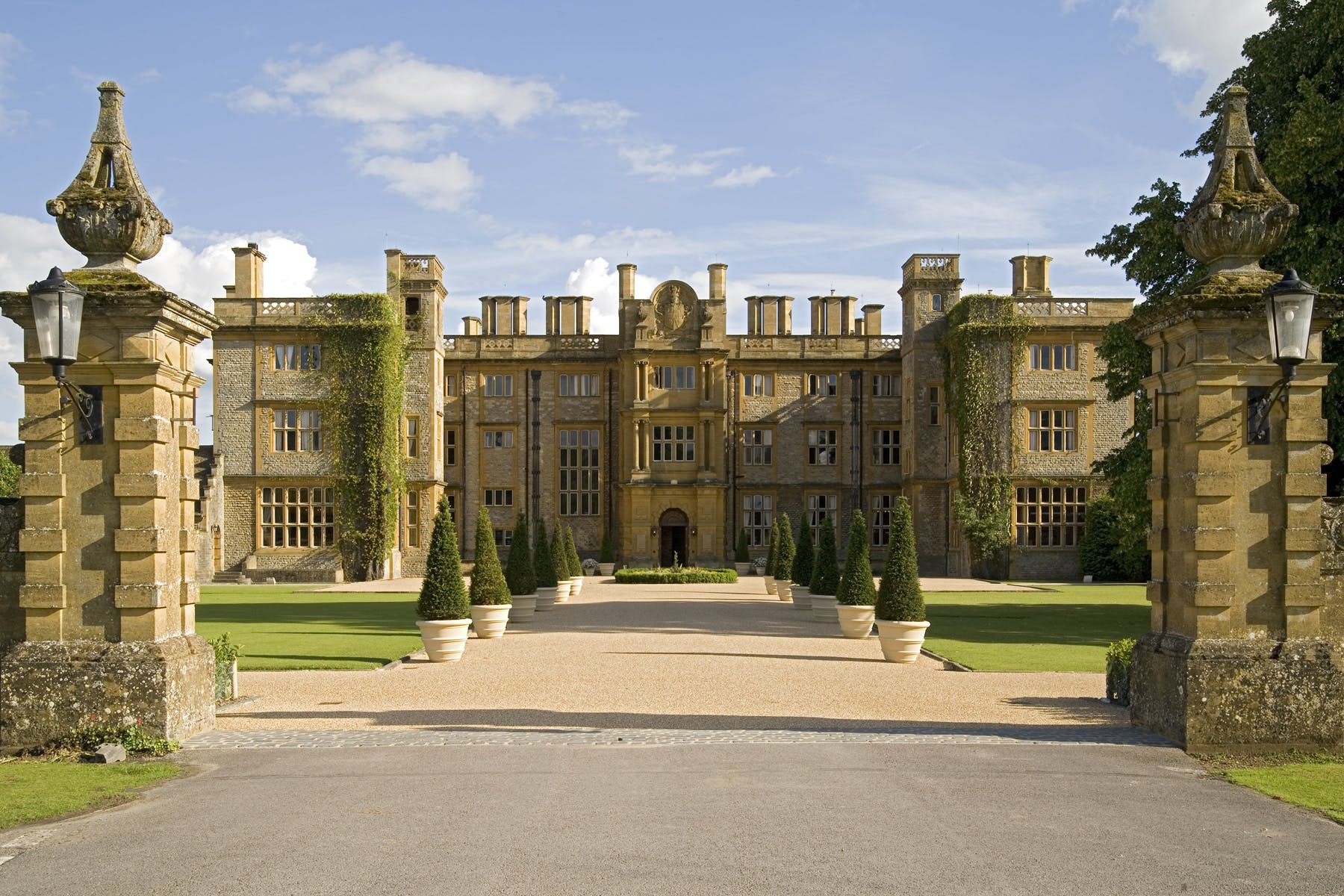 Alison Boulton April 26, 2016
More is needed if it aspires to be a destination dining experience

No visitor can fail to be impressed by its magnificent symmetrical neo-Jacobean façade or its rolling parkland. Many of its fine trees date back to the original Georgian house built in 1730 that was demolished and rebuilt in 1908 by James Mason, whose father had been a copper magnate. What was retained was the picturesque setting. Although the evening rain poured down, the gardens are well worth a stroll in better weather.

The glamour exterior is not matched inside. Wood panelled, functional entertaining space is used for weddings, conferences and private bookings. The brasserie, now under the auspices of new chef Simon Bradley, (previously Head Chef of the Randolph Hotel in Oxford) was almost empty. It's possible Bradley wasn't even there, but this was not a blind tasting – the restaurant were expecting a Daily Info reviewer.

The eclectic music echoed the décor – an uncertain mismatch of styles from red banquette to lime green chandeliers, with a nod to tapestry motifs in the huge window blind which descended at the flick of a switch across the huge windows, overlooking the approach to the house. A high ceiling-ed, awkward rectangular shape with its main window at the far end would be hard to create atmosphere even at the weekends, when we were assured the plastic faux marble covered tables were full. The best rooms overlooking the gardens were clearly reserved for commercial hire.

The menu itself combined 'uncomplicated, unrushed authentic seasonal British foods sourced from local farmers and suppliers'. Unrushed is right. Service was slow between courses, and given the youth and inexperience of our waitress, not the 'convivial hosting' at the hotel's heart.

When the food arrived, it was good – but not exceptional.

My companion's cream of mushroom soup with black truffle oil (£6) was earthy and substantial, served with delicious crisp-crusted ciabatta. My sugar cured sea trout, Jersey Royals, smoked eel, horseradish buttermilk, pink shrimp, caviar and dill was longer in the description than the portion size, but was beautifully presented and the flavours combined very pleasantly (£9).

My sirloin of dry-aged beef was tasty, but well done rather than the medium rare I requested. There was not a drop of blood on cutting into it. The béarnaise sauce was smooth and rich, and a vivid yellow suggesting the use of the freshest free range eggs, while the chips were perfectly seasoned, soft and crisp. The single mushroom topped by a slice of tomato was tasty (£26).

My companion's grilled monk fish tail was more challenging. The monkfish itself was bland, but the sauce bois boudran so spicy it almost overwhelmed the fish's delicate flavour (£19). The addition of a side dish of steamed greens, truffle oil and lemon (£3) lifted the dish – the fine beans, mange tout and broccoli being perfectly cooked and served piping hot.

Desserts were a highlight. My lemon posset, Grand Marnier jelly, citrus syllabub and fine finger of shortbread was refreshingly zingy. My companion's dark chocolate tart was well presented but on tasting, I found it heavy and glutinous, while the salted caramel ice cream was pleasant enough (both £6).

Two glasses of medium house red and white (£6 per glass) and an espresso coffee were all adequate, but as I stood up to leave a now empty room, my wish to return was more to see the gardens than to seek out the food.

If Eynsham Hall Hotel brasserie really believes in its strapline 'wholeheartedly' as the hotel website suggest, greater attention should be paid to its staff training and giving the guest value for money. Just because weddings and corporates may be less price sensitive than an individual diner, making the journey to the Hall should deliver more than an opportunity to experience a lovely setting. More is needed if it aspires to be a destination dining experience. There is a disconnect between the marketing strapline and the effort on show. The food is nearly there, but the atmosphere and duty of care is way off the pace expected in such a context.